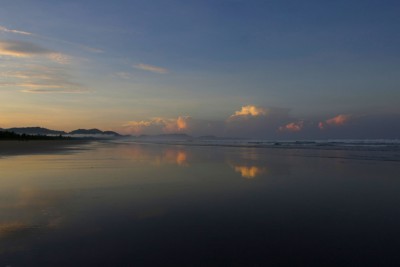 The world-famous Kruger National Park, established in 1898, covers an area about the size of Wales (c.350km from north to south), and offers some of the best game viewing in Africa. It is linked with Zimbabwe and Mozambique as part of the Great Limpopo Transfrontier Park with a total area of 35 000 square kilometres. There are around 150 species of mammal including the Big Five (animals that are dangerous to approach on foot – lion, leopard, rhinoceros, elephant, buffalo) as well as cheetah, hippo, 500 birds, 100 reptiles including the Nile crocodile, 30 amphibians, 50 fish species and 300 types of tree. It is one of the most accessible reserves in Africa with an excellent network of roads and accommodation ranges from basic rest camps to exclusive wildlife lodges.

It can be very hot in summer (November-March) with occasional sharp thunderstorms but this is also the season for young animals and the colours of the bush are vivid, providing great contrasts for photography. Winter (April to August) has little rain, is usually bright and sunny with daytime temperatures in the mid twenties but can be very cold at night and in the early mornings. Two plus points of winter are the relative lack of mosquitoes and other insects and the thinner vegetation makes it a little easier to spot the wildlife. Kruger is in a malaria zone so precautions must be taken.