The accessible and popular rainforest region reached by an easy drive from the capital, it consists of two protected tracts of adjacent montane rainforest: Analamazaotra Special Reserve (usually known as Périnet and situated near the village of Andasibe) and Mantadia National Park. There are also several smaller community managed forest reserves run by the assocation of local guides which include Mitsinjo Reserve and VOIMMA reserve.

The Mitsinjo, VOIMMA and Perinet Reserves all offer fantastic chances to view the largest lemur, the indri, which has a haunting call audible over long distances. Also, bamboo and brown lemurs, enigmatic insects such as the giraffe-necked weevil, giant millipedes and colourful birds such as vangas and couas can be seen on guided walks through the eastern rainforest. Goodman’s mouse lemur, greater dwarf lemur and woolly lemur are some of the reserve’s nocturnal species. It is particularly rich in herpetofauna, with more than 100 species of frog, leaf-tailed geckos and various chameleons.

Nearby Mantadia National Park boasts the agile diademed sifaka with its luxuriant orange, black and white fur, and the rare black and white ruffed lemur, shy and fast moving. Rare birds include mesites, ground rollers, greenbuls, asitys and more. The trails are steeper and more slippery in wet weather than at Perinet. Other nearby, lesser-known reserves provide further opportunities for wildlife viewing. 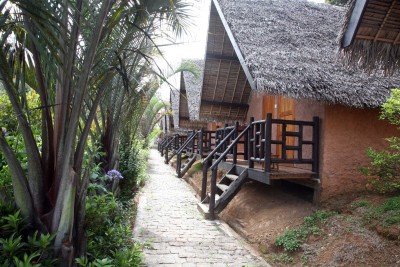 Madagascar Eastern Madagascar
A simple but comfortable hotel close to Perinet Reserve where indri can often be...
View Accommodation 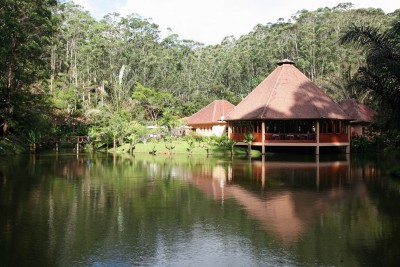 Madagascar Eastern Madagascar
One of the original and most comfortable hotels in the Andasibe area with a peac...
View Accommodation 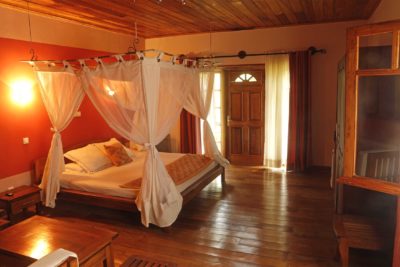 Madagascar Eastern Madagascar
One of the most comfortable accommodations in Andasibe. ...
View Accommodation 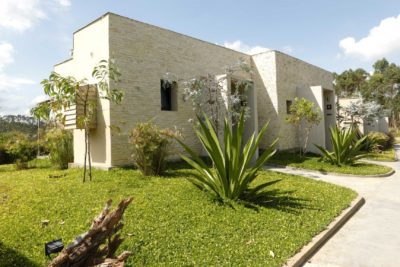 Madagascar
The newest and most comfortable accommodation for the wildlife rich Andasibe reg...
View Accommodation
This site uses cookies to improve your browsing experience. Find out more.