Sixty kilometres long and only seven wide, this pretty island off the east coast of Madagascar is best known for humpback whale-watching between July and September. The whales come to the sheltered waters between the island and the mainland to engage in courtship and give birth to their young.

Ste Marie is also noted for its diversity of orchid species, including the stunning Queen of Madagascar orchid endemic to little Ile Aux Nattes just off its southern tip.

Steeped in history, the island is a former hideout for pirates in the 17th century. Remains of pirate ships lie offshore providing rewarding sites for scuba diving, and it is possible to visit the pirates’ cemetery where the once-dreaded skull and crossbones is in evidence on some tombstones. 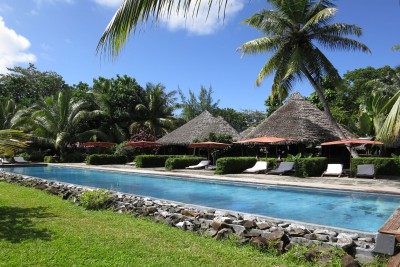