Kunene (also known as Kaokoland) is a remote, mountainous, arid and relatively inaccessible region and traditional home to the semi-nomadic Himba as well as the Damara and Herero people, each with their own rich culture. The region’s name stems from the Kunene River which defines its northern border with Angola and includes the infamous Skeleton Coast with its stories of survival and maritime tragedy along its wild and inhospitable shoreline. Moisture from the coastal fog sustains some weird and wonderful flora and fauna including Welwitschia mirabilis, desert beetles, Namaqua chameleon, shovel snouted lizard and much more. 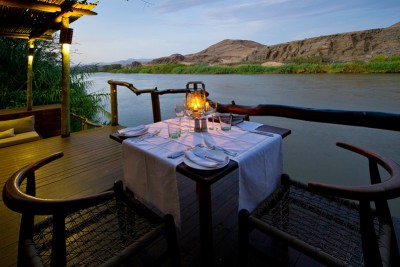 Namibia Northern Namibia
Luxurious, remote safari camp with a peaceful ambience on the banks of the flowi...
View Accommodation
This site uses cookies: Find out more.