Occupying 970 square kilometres of rainforested valleys in the remote southwest corner of Rwanda, Nyungwe has the largest area of intact montane rainforest in east and central Africa. The stunning landscape supports a high biodiversity including 86 mammal species, 280 species of birds including 26 endemics, 5 species of chameleon and 120 butterflies. Nyungwe is particularly noted for its 13 species of primates including eight species of monkey and a healthy population of chimpanzees, some semi-habituated. The chimps are wary of people and have a huge range, so sightings are not as reliable as with the gorillas. However, exciting encounters do frequently occur, particularly when the chimpanzees are engrossed in feeding from fruiting trees (most common in the rainy season). An extensive network of rainforest trails lead to picturesque waterfalls and natural springs, one said to be the true source of the Nile. A large number of other primates can frequently be seen including l’Hoest’s, vervet, silver and Ruwenzori colobus monkeys. 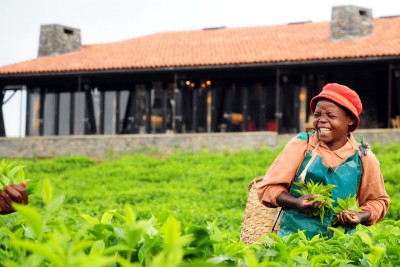 Rwanda Southern Rwanda
Five-star luxury hotel set in a lush tea plantation not far from the entrance to...
View Accommodation 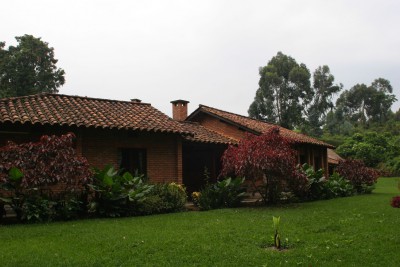