The Blue Whales of Sri Lanka

The Blue Whales of Sri Lanka

Until fairly recently it was not well known that the warm waters off Sri Lanka are one of the best places in the world to see the largest creature to have ever lived; the Blue Whale.

These enormous baleen whales (which can feed on 40 million krill a day) have been recorded growing up to 29 metres in length and weighing around 170 tonnes. Despite their massive size they have remained one of the least studied and understood of the great whales, but in recent years, knowledge of their movements in the Indian Ocean has greatly improved.

Mirissa
The deep waters of the continental shelf that lies between Mirissa and Dondra Head on the south coast of Sri Lanka have recently gained international recognition for their reliable blue whale sightings. The area was prominently featured in the BBC’s Ocean Giants wildlife documentary and over the years, sightings there have become increasingly reliable. Blue whales arrive in this area in late November and spend the months of December, January, February and March feeding on krill in the deep waters. 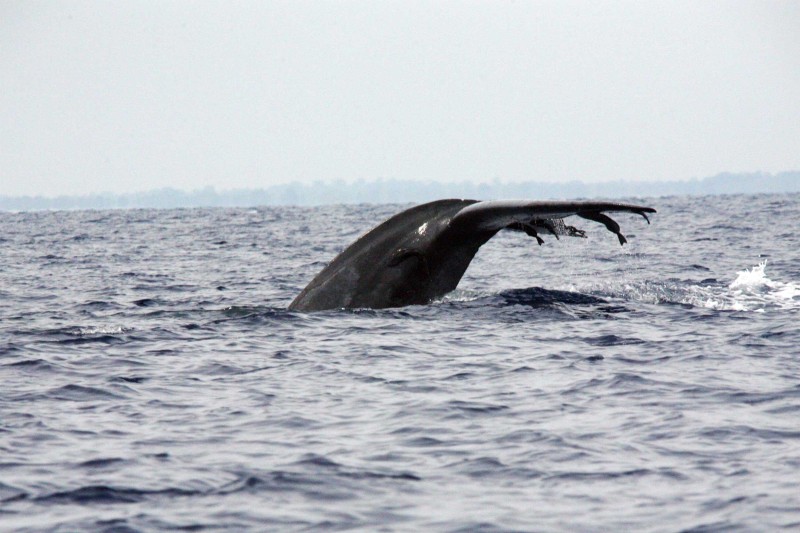 Alongside the blues, pods of acrobatic spinner dolphins and bow riding spotted dolphins are also a frequent sight, in addition to a variety of terns and other seabirds. The boat trips to see the whales leave early in the morning and often return around lunchtime. Although the sightings are very reliable, the boat trips are now very popular and the experience can be a little crowded on weekends. However Mirrissa’s location in the south means it combines very well with other exciting locations such as Galle, Bundala and Yala National Parks.  See our Wildlife Highlights of Southern Sri Lanka tour.

Trincomalee
Trincomalee is still much less well known as a whale watching hotspot than Mirissa, due to the area only relatively recently opening itself back up to tourism since the cease of the civil war. Trincomalee holds the World’s fifth largest natural harbour and the coastline here is particularly diverse and rich in different marine life. Its deep underwater canyons supports important populations of krill, pelagic and deep sea fish and cetaceans while the coastline around Pigeon Island is blessed with beautiful coral reefs, colourful reef fish, green and hawksbill turtles, moray eels, a nursery for black-tipped reef sharks and much more. 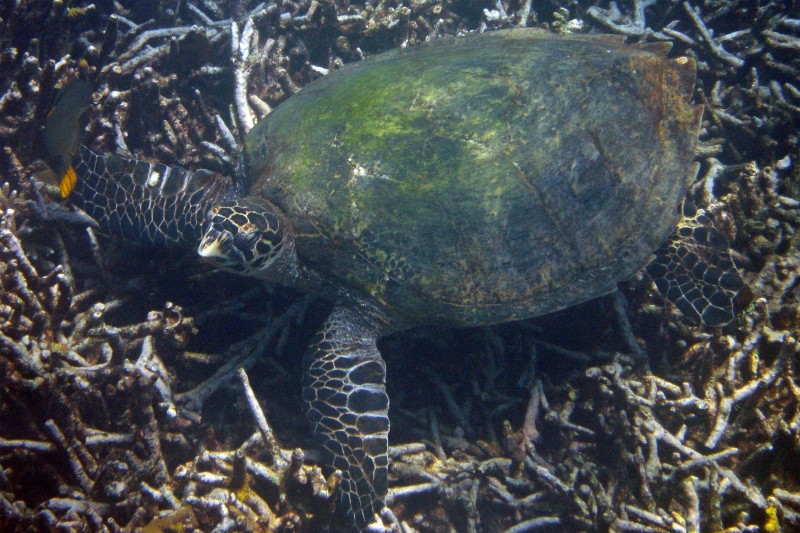 It was in the early 1980s that researchers first discovered the important new population of blue whales feeding off the coast here. They were being attracted by the large blooms of krill in the underwater canyons during the calm months of March and April in particular. Sperm whales also frequent and linger in the area on their migration and Bryde’s whales, spinner, Pantropical bottle-nosed, spotted and striped dolphins and pilot whales are also all regular visitors year round. 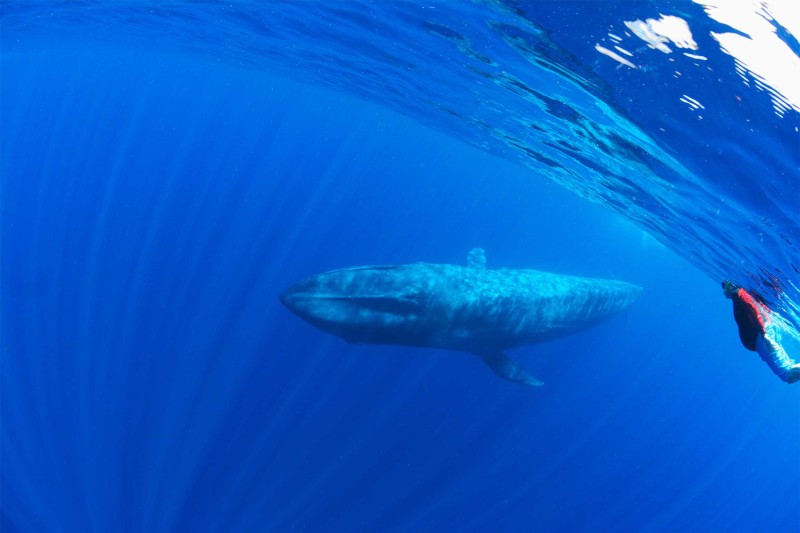 Not only are the chances to see blue whales here excellent, there is also the added bonus for those keen to actually have the incomparable experience of snorkelling with these gentle giants. In April 2015 our director, Alan Godwin, was lucky enough to swim alongside blue, Bryde’s and sperm whales on the same trip in addition to pilot whales. He explains that crucially there is a small window of time between mid-March and mid-April when the snorkelling becomes possible, as not only are the whales present, but the water is also usually both calm and clear for good visibility. Of course luck plays a huge role in the success of this activity, but with the help of the very experienced guides we work with you can be in the right place at the right time.

When seen underwater blue whales really show their blue colour, which appears a mottled grey-blue colour when seen above the surface. Trincomalee also offers some of the finest beaches in all of Sri Lanka and plenty of history and cultural interest too with the Hindu temple at Fort Fredrick close by. It is also ideally located for itineraries in the north of the country featuring Wilpattu National Park for its leopards.

Blue whale snorkelling can be added as part of our Northern Sri Lanka, Off the Beaten Track tour.

The perfect balance of wildlife, beaches and culture in the wonderfully unspoilt and little visited north of Sri Lanka

A Sri Lanka wildlife adventure for all the family

The Romance of Sri Lanka and The Maldives