Spotlight on the Kianjavato Lemur Project

Spotlight on the Kianjavato Lemur Project

We are delighted to start working with and supporting a new conservation initiative in the southern rainforests of Madagascar.

The Kianjavato Lemur Project is based in the remote community of the same name about a 1.5 hour’s drive from Ranomafana National Park. The project is managed by the Madagascar Biodiversity Project and the Lemur Conservation Network and was set up to both increase knowledge of lemur ecology and threats within fragmented forests and also actively help reforest the region. Sadly so much of the natural forest cover in Madagascar has been lost in recent times particulary with the increase in slash and burn agriculture. Some estimates put the figure of deforestation in Madagascar at around 80% but no one knows for sure how much has been lost.

Kianjavato’s plan is to create habitat corridors that link the remaining areas of natural forest. This then enables the forest dwelling species which are often unlikely to cross habitat barriers such as farmland to disperse and keeps their genetic diversity healthier. The project has a large tree nursery for this very purpose and have already made huge steps in reforesting large areas of deforested hillsides. 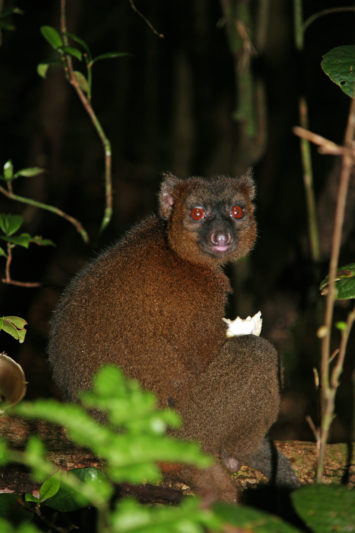 For any conservation work to be successful, it is of course essential that the local communities are also on board and aware of the benefits and importance of protecting their forests and wildlife for future generations. Therefore the project is also investing in promoting their conservation work within the local communities, educating school children and trying to show local people a real value to keeping the forests.

As a visitor to this project you directly help to fund this important work and by spending a day here exploring the rainforest with a local guide, you can also enjoy some very memorable wildlife encounters. Currently the researchers here are focusing on studying two critically endangered and very much habitat specialist species of lemur; the greater bamboo lemur and black-and-white ruffed lemur. These two key species rely upon a  mature forest, so provide a lot information on the overall health of the environment. Both of these lemurs can also be fairly easy to track and observe on a visit to the forests of Kianjavato with the help of an experienced local guide.

The greater bamboo lemur is the largest of the bamboo lemurs and sadly one of the 25 most endangered primates in the world, with a wild population of around 500 individuals, only known from 11 separate populations. The species was once widespread, but became so rare in the 20th century that it was even thought to be extinct, until it was rediscovered in 1972 around Ranomafana. 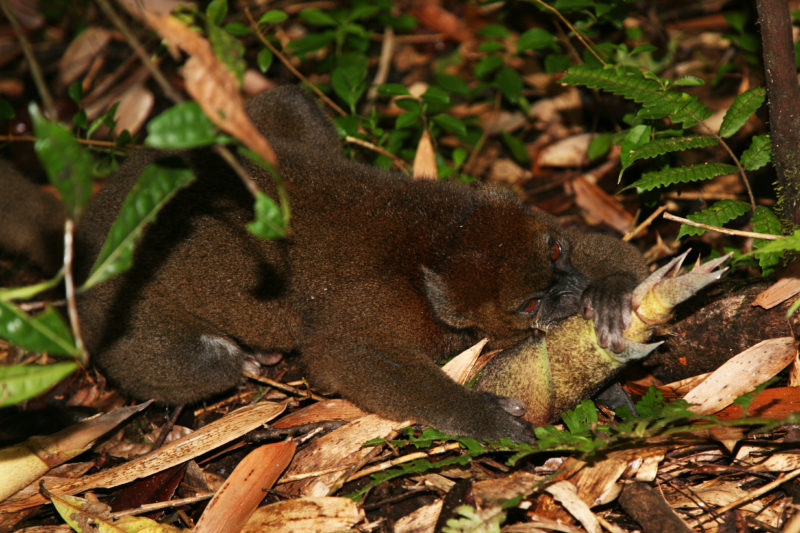 These gentle lemurs feed almost exclusively on giant bamboo (Cephalostachium madagascariensis) plus some fruits only within dense primary rainforests. They now have a very restricted range, making them particularly vulnerable to effects of deforestation and habitat fragmentation, which is why the project is studying their ecology to better understand how they can be protected.

You can also track the agile and vocal black-and-white ruffed lemur here. The droppings of these large fruit eating lemurs are being used to help grow the trees for the nursery from seed, which will then be used to reforest the surrounding cleared hillsides and connect the isolated areas of forest. This will in turn help to connect populations of these very rare lemurs and also bring benefits to the local communities by providing fruit bearing and timber trees close to their villages that can then be sustainably harvested without clearing the forest. 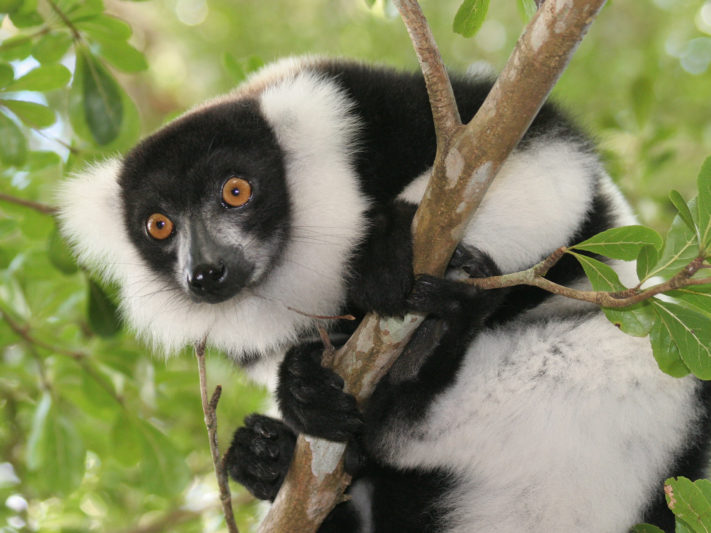 Of all the lemurs, the wonderful aye aye is one of the least understood and information about its habitat requirements and population size and range is still little known, due to its rarity and nocturnal habits. There are however now eight ayes ayes that have been fitted with GPS collars in the forest at Kianjavato in order to help improve this knowledge. During a visit, we can also arrange a thrilling nocturnal excursion in search of one these fascinating lemurs in the company of a researcher, giving an excellent chance to see this normally very rarely seen species. 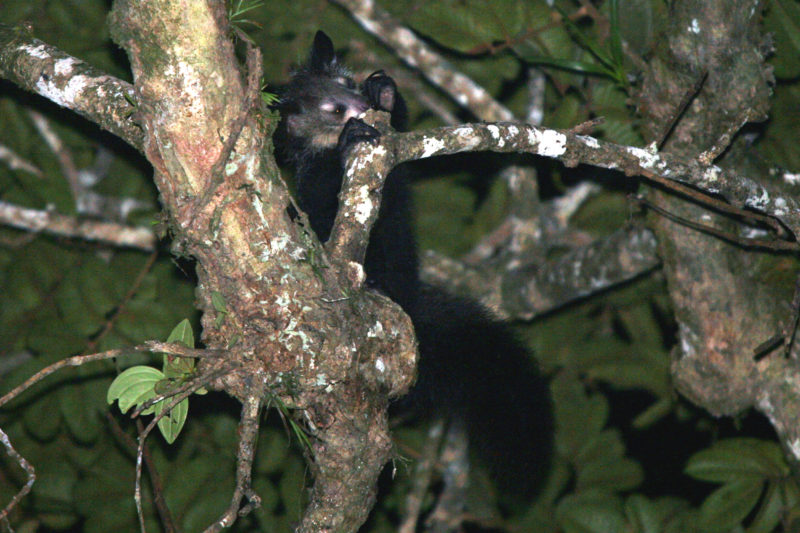 An Overland Journey of Discovery through Madagascar with Daniel Austin