The Red Tsingy: Not All It Seems

The Red Tsingy: Not All It Seems

Not too far from Diego Suarez, the main town in the far north of Madagascar, lies the Tsingy of Ankarana. It is one of the two major tsingys in Madagascar, the other being the larger Tsingy of Bemaraha, north of Morondava. 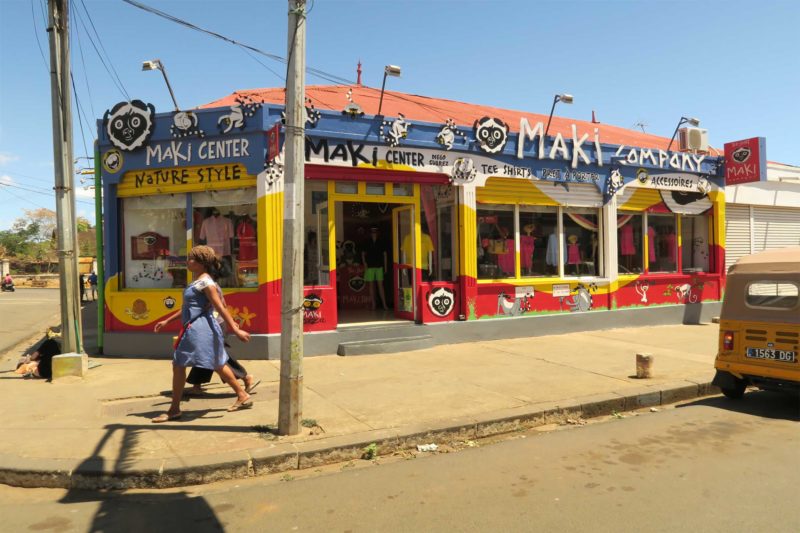 The origin of the word “tsingy” is unclear but is widely believed to derive from the Malagasy word for “the place where one cannot walk barefoot”. It is also suggested it may be an onomatopoeiac word to describe the sound made when the karst pinnacle is tapped. 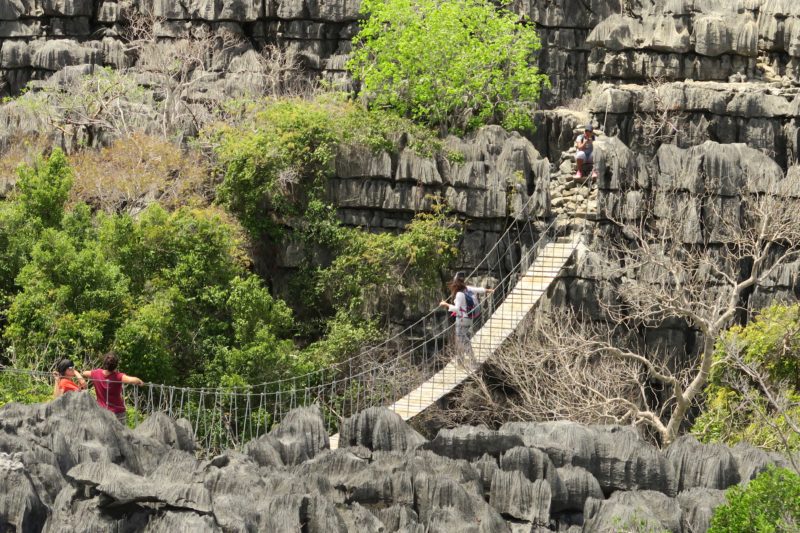 Whatever the origin of the word, visiting the Tsingy of Ankarana is a very rewarding experience. In the east, you normally start with an exciting guided nature walk in the fringing mixed evergreen and deciduous forest in which you can find baobabs, giant ficus trees, snakes (non-venomous), diurnal and nocturnal lemurs, chameleons, frogs and other endemic fauna. 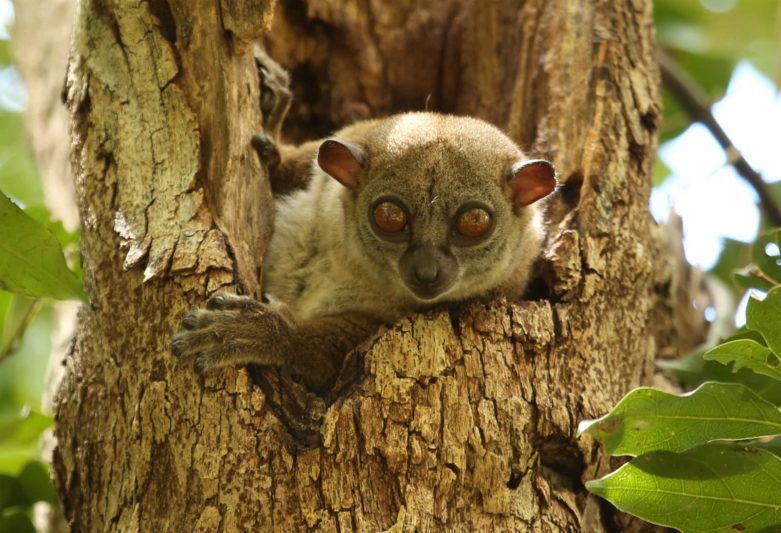 When you venture onto the tsingy itself you need to take care not to bump against the sharp rocks and to steer a careful course to the two suspension bridges which eventually lead to a viewpoint with seats and a shady roof. On your way back you again pass by a wide variety of xerophytic plants such as aloes which have adapted to the lack of water in the harsh karst environment. 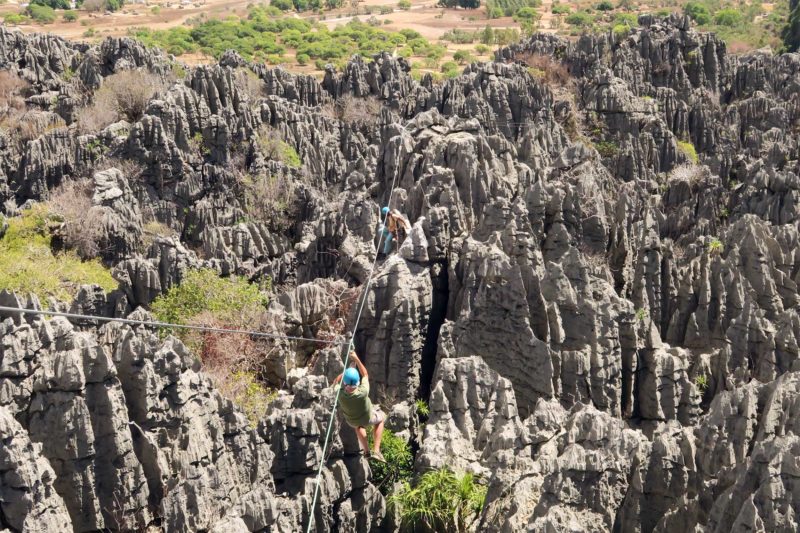 When visiting the west of Ankarana, you see a different topography with the tsingy forming a large cliff face. Walking in this part of Ankarana is exciting and can be strenuous. You can also opt for riding three thrilling zip lines, afterwards descending through a small opening into a large cave formation which you spend the next hour traversing until emerging into the sunlight again. 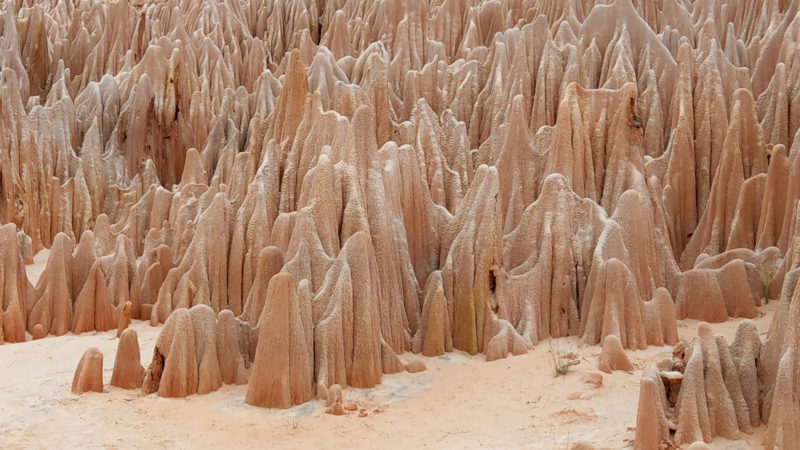 Some visitors to Madagascar’s north are also taken to see the Red Tsingy. Its name gives the impression it’s just another form of natural karst landscape, but that could not be further from the truth. In reality, the Red Tsingy is not a tsingy at all: it’s the spectacular end result of serious environmental degradation caused by the the slash and burn agricultural activities brought to Madagascar by the first humans to settle there, around the time of Christ. 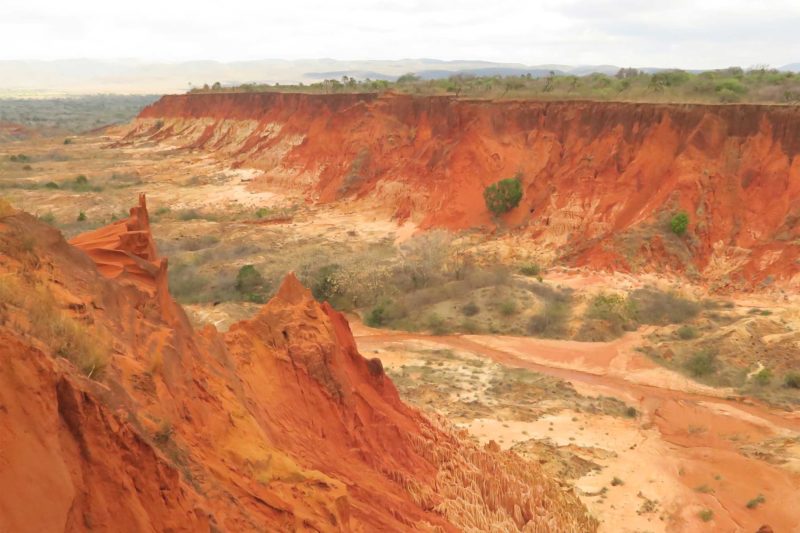 The visible consequences of the deforestation and resulting erosion are countless landslips which occur throughout the island, so numerous that they have a dedicated Malagasy noun, “lavaka”. The Red Tsingy is one such example – albeit large and spectacular – of lavaka. Whether or not you wish to visit the Red Tsingy is a matter for you to decide, now that you know what it represents. It is doubtless a very impressive sight and might just be worth visiting as much for its portentousness and the lesson it imparts as for its stunning rock formations. 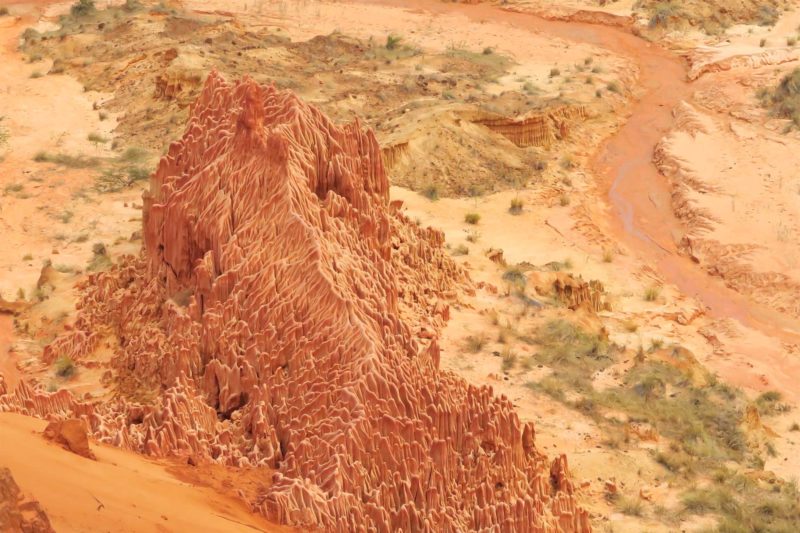 At least 80% of Madagascar’s original forest cover (and many species of lemur and other fauna) has disappeared over the last two millennia as humans practised slash and burn agriculture on a mammoth scale: this of course makes the remaining forest and other natural cover all the more precious and important to preserve. By visiting Madagascar’s nature reserves and national parks, you can make a valuable contribution to maintaining what’s left of its natural heritage. Your contribution helps to pay for rangers’ salaries and park infrastructure, empower local communities and deter illegal logging and hunting. This was starkly illustrated during the major political upheaval which began in 2009 when, for five years, tourism dropped dramatically. The resulting loss of tourism revenue and thus park rangers and effective vigilance gave rise to illegal destructive activities which are only now being addressed and reversed.

Whether or not you visit the Red Tsingy, or even the north of Madagascar, a visit to Madagascar will not only provide you with an outstanding, exceptional holiday but also contribute to the conservation of its invaluable natural resources for future generations of Malagasy and for all mankind.