Although there are many hotspots in North America to view wildlife; British Columbia, stands outs as one of the most exciting locations, with the thrill of the salmon run, outstanding bear viewing, spectacular marine mammals, great scenery and comfortable wilderness lodges. 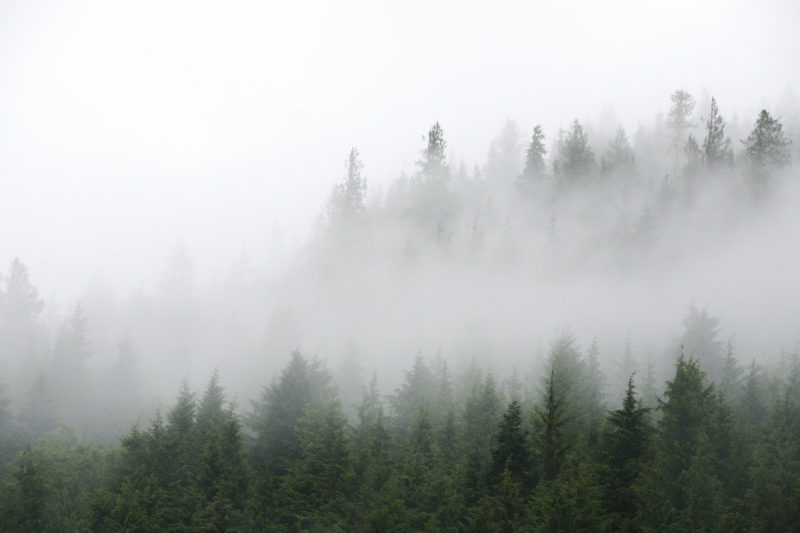 Even in mid-summer, the Great Bear Rainforest can still look wet, cold and moody. This is after all true wet rainforest. Covering nearly 64,000 square km along British Columbia’s Pacific coast this huge area of wilderness is among the largest temperate rainforests in the world.

Our journey into this lost world was an adventure in its own right. It began with a 25 minute flight in a small floatplane from Vancouver Island over deep fjords, endless old growth forests and towering snow capped peaks in the distance. Landing on the water right next to our lodge for the next few nights was also the smoothest plane landing to date. 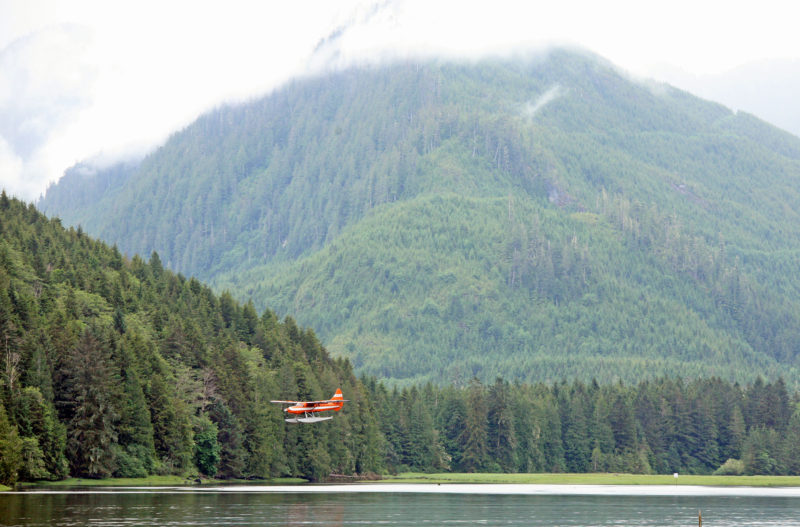 We were staying at the wonderful floating Knight Inlet Lodge, far from the nearest civilisation and surrounded by bears. The excellent guides at the lodge are so keen to get you out and seeing the wildlife as soon as possible, that within 20 minutes of our arrival we were watching our first family of grizzly bears! 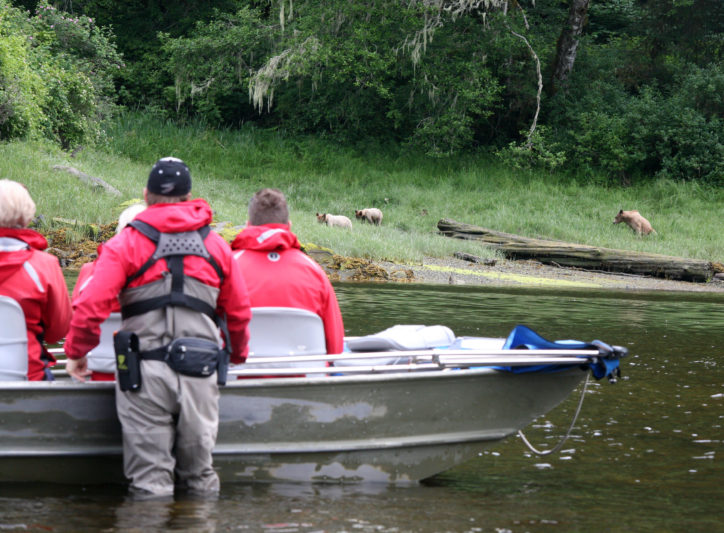 Throughout history bears have generated excitement in humans and being so close to such powerful and adaptable creatures while they go about their daily business unfazed by our presence is very special. Our bear watching takes place in Glendale Cove, an estuary with a significant salmon run in the late summer which attracts one of the highest concentrations of grizzly bears in Canada. 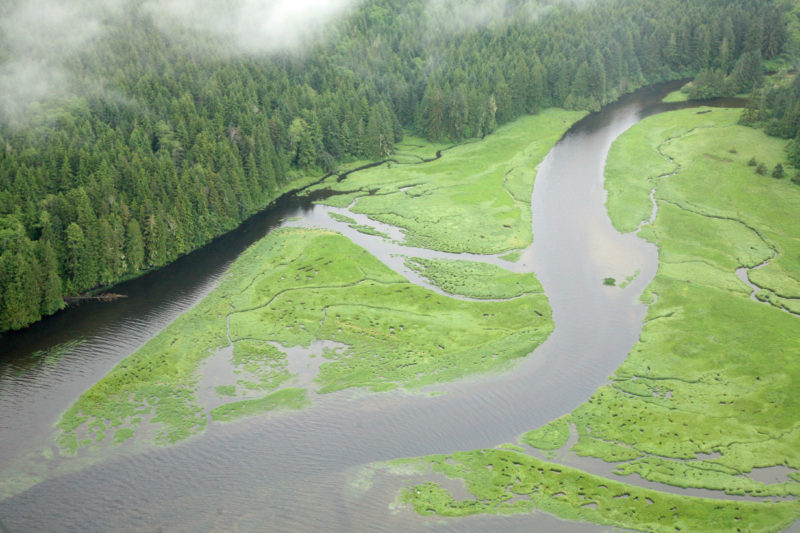 The spectacle of multiple grizzlies fishing for salmon here is a very special natural wonder, but during the early summer months, sightings of the resident bears can also be enjoyed from boats as they feed on the fresh sedges at close range. This is also a great time to watch interactions between small cubs. For the adventurous there are also opportunities to view the bears on foot. 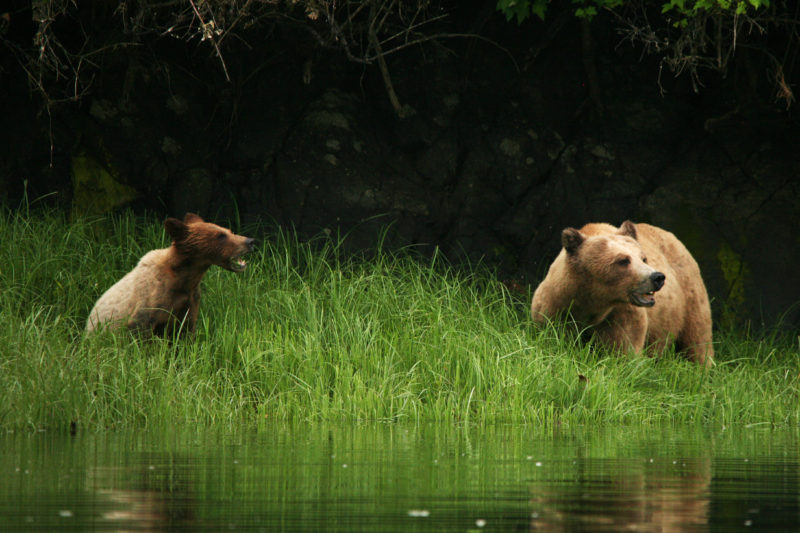 Besides lots of grizzlies of different ages, we also saw several American black bears including a mother with some tiny cubs. By exploring much more of the dramatic Knight Inlet by boat we saw other wildlife such as vast pods of Pacific white-sided dolphins, shy marbled murrelets and impressive Barrow’s goldeneyes, all under the watchful eye of numerous bald eagles. 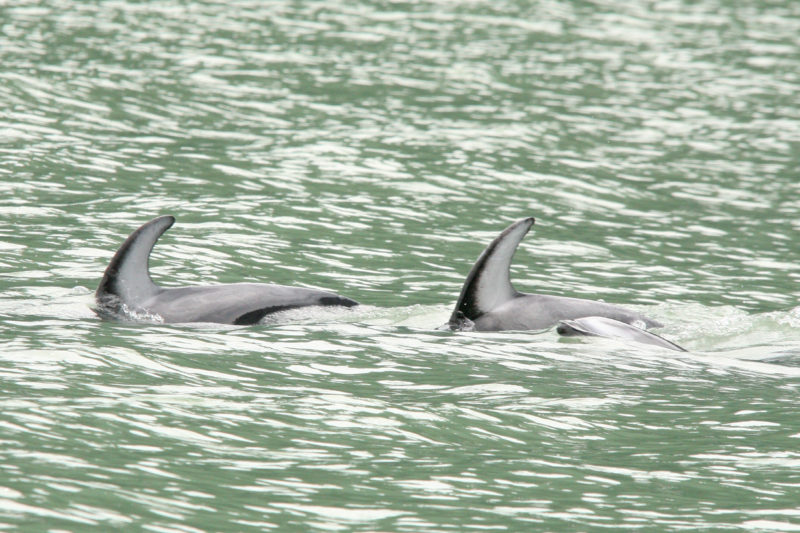 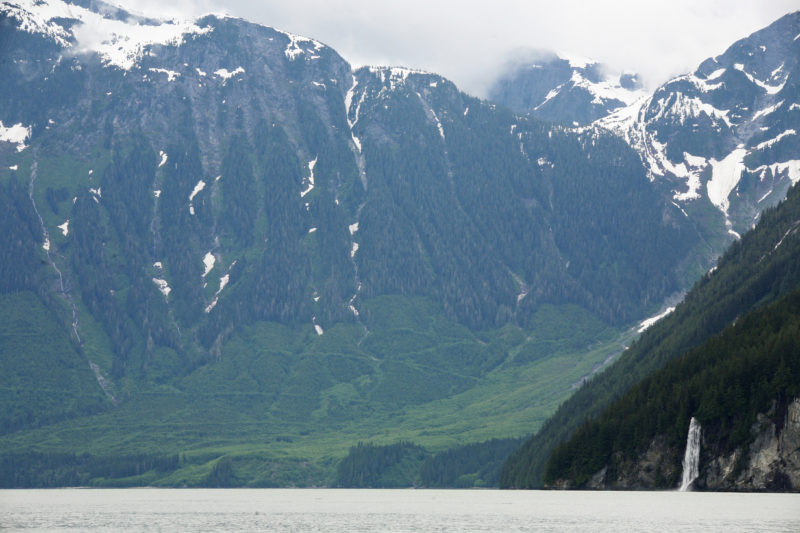 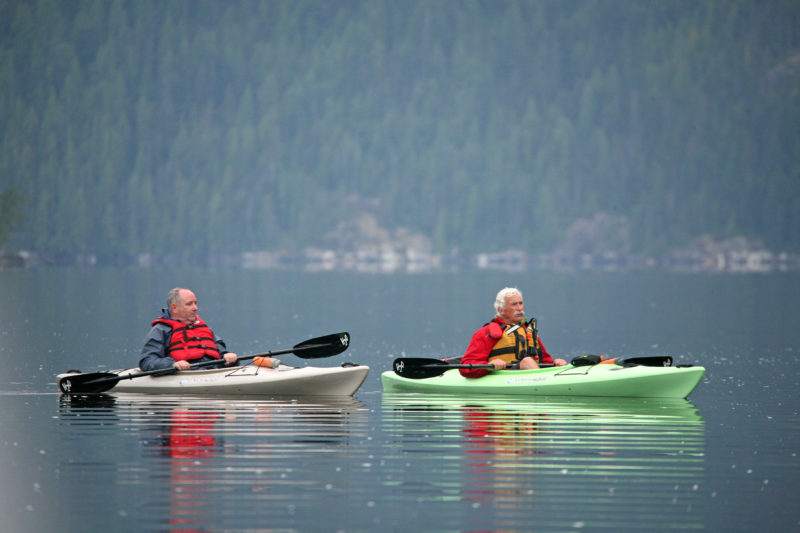 Moving on, we headed  to Vancouver Island where the further north you travel, the wilder it becomes and the greater the concentration of wildlife. The remote west coast is particularly well known for its huge old growth cedars and hemlocks and sandy windswept beaches. It also offers good whale watching, birding and superb black bear viewing particularly around Tofino, Ucluelet and Zeballos. The really remote former gold rush town of Zeballos is one of the least visited and offers sensational mountain scenery with excellent wildlife. Black bears, mule deer, elk, beavers, harbour and Dalls’s porpoises are all common sightings here and even wolves and cougars are seen on occasions. 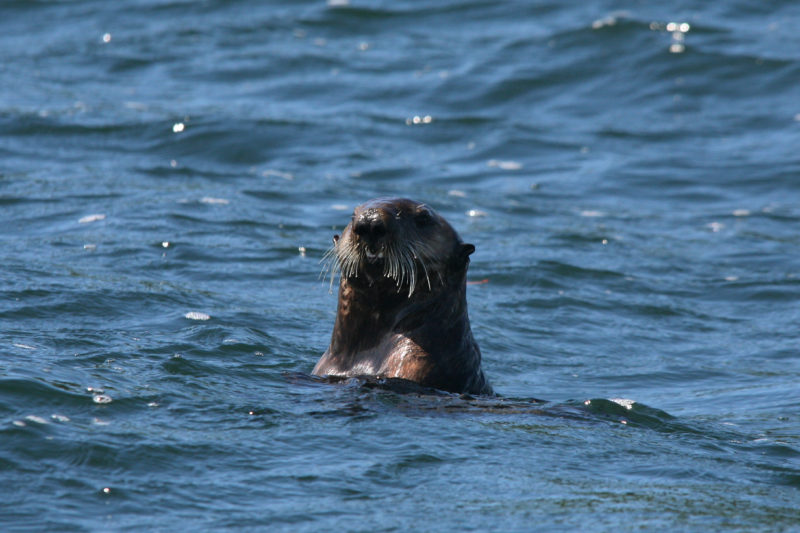 Unique to Zeballos though is its population of endangered sea otters which were successfully reintroduced back to the area in 1969 after being hunted to extinction for their fur.

Not only one of the most heart warming and endearing animals, sea otters are also important keystone species in the marine environment. Rafts of them can be enjoyed and photographed on excursions from Zeballos and around Kyuoquat Sound throughout the year by boat and kayak. These offshore excursions are great way to explore a really remote part of British Columbia and also even offer a good chance to encounter the shy coastal wolf population.

After our time on the west coast, we ventured across to the eastern coastline of Vancouver Island around Telegraph Cove and Port McNeil. The sheltered deep glacier carved passage of Johnstone Strait here is legendary for sea kayaking and boat tours due to its calm conditions and abundance of marine life to see. From July to September, pods of Northern resident (fish eating) orcas patrol the channel  and inlets in pursuit of returning salmon and are joined by humpback whales, porpoises, dolphins, pacific harbour seals and huge stellar sea lions for most of the year. Birds also make the most of the rich pickings and rhinoceros auklets, pigeon guillemots, red-necked phalaropes, harlequin ducks, divers and scoters can all be seen. 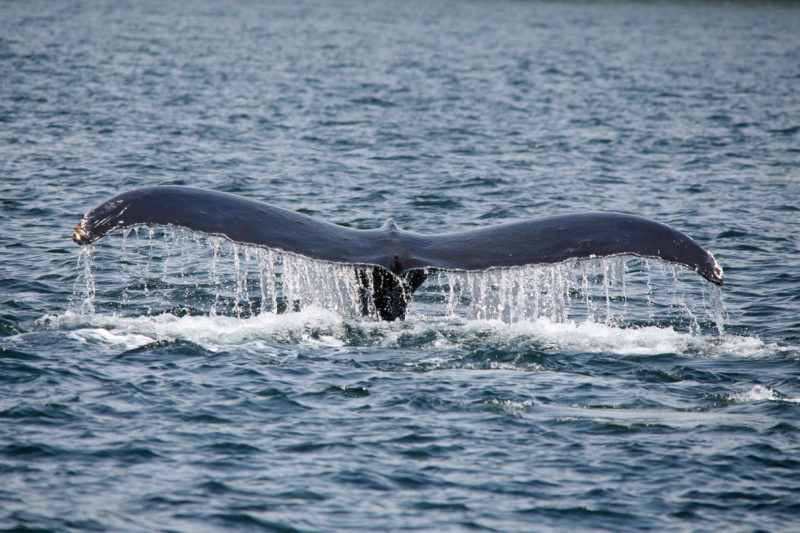 Orcas or the wolves of sea, as they are locally known, can also be found over a greater period of the year in the Salish Sea and coastline around the San Juan Island south of Vancouver. Here the transient (mammal eating) ecotype of orcas can be consistently encountered hunting seals, sealions and porpoises around the rocky coastline and islands. These “mammal eating” orcas, which are thought to have spilt from their fish eating cousins around 70,000 years ago have a very different culture and behaviour, as they travel much more stealthily in smaller groups, keeping close to the shore. There is also a southern population of resident orcas here but their population has sadly become highly endangered in the last few decades, making them now hard to see. 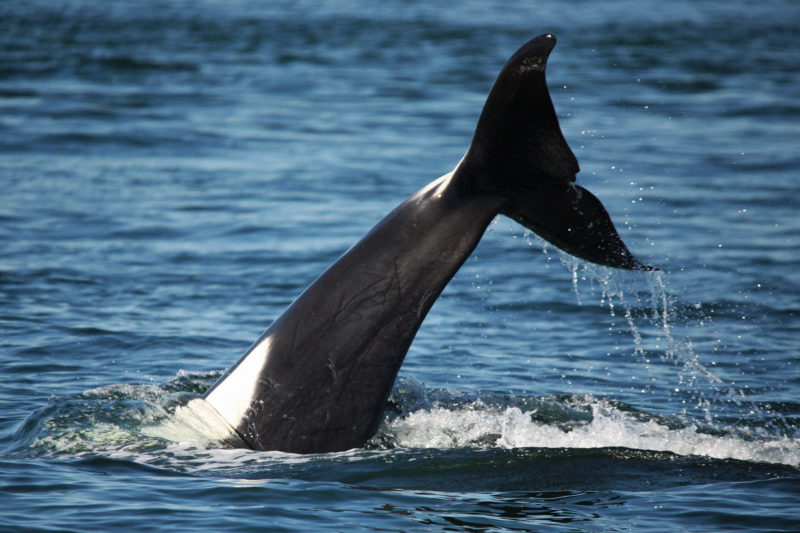 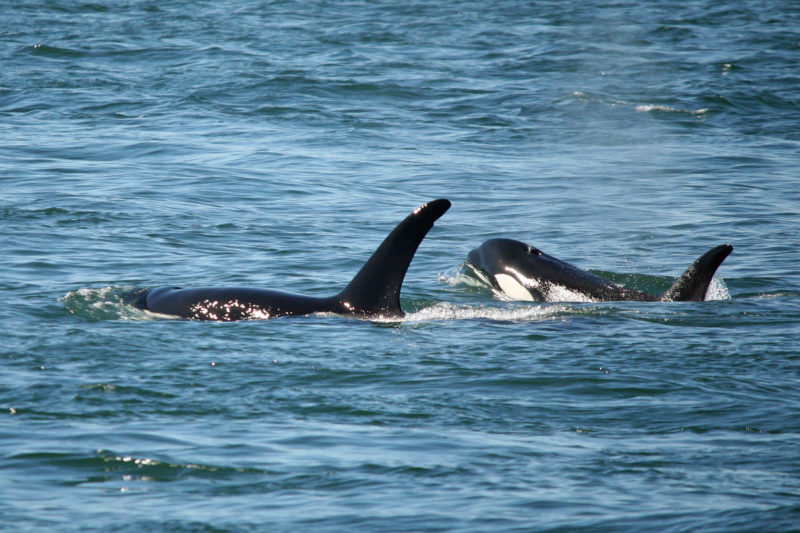 Our final wildlife highlight was to be found in quite a surprising setting being on the edge of downtown Vancouver. Stanley Park is Vancouver’s flagship green space and covers 405 hectares of evergreen forest, meadows and beautiful beaches. It’s an oasis from the city for both people and wildlife and on a trip around the park at dusk we were rewarded with a remarkably close encounter with its wild beavers that have built dams and homes on several of the park’s water bodies. In addition to these urban beavers, racoons, striped skunks and even coyotes can also be seen around the park at dusk. The forested areas of the park also offer a good introduction to the commoner birds of the region and the park can be easily navigated by hop on- hop off buses, bicycles or horse drawn cart tours. 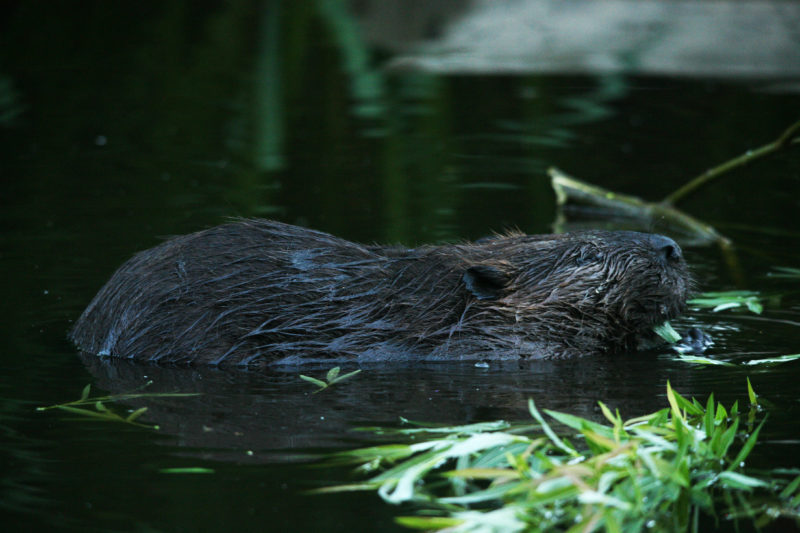 If you are looking for a change from our reefs and tropical rainforests, then British Columbia’s temperate rainforests and marine life is a world class experience not to miss.

Bears, Whales & Vancouver on a Budget

Self Drive Highlights of Vancouver Island