The Madagascar Biodiversity Partnership project was established in 2010 by Dr. Edward Louis Jr. Director of the Conservation Genetics Department at Omaha’s Henry Doorly Zoo and Aquarium. Dr. Louis began working in Madagascar in 1998, initially exploring biodiversity throughout the island.

After 11 years, his work began to shift as he realised that his research could help to solve real world problems in Madagascar.

In 2010, he established a few community-based projects that focused on the long-term survival of Malagasy wildlife. These conservation efforts became known as the Madagascar Biodiversity Partnership (MBP), an extension to the Conservation Genetics Department at Omaha’s Henry Doorly Zoo & Aquarium.

Reef & Rainforest are keen supporters of the Madagascar Biodiversity Partnership, which runs an exemplary tree-planting project at Kianjavato, and we invite our clients (and everyone else) to support them to encourage rainforest regeneration and help offset their carbon footprint.

The Kianjavato Rainforest Reserve in Eastern Madagascar, found near the more famous Ranomafana National Park, is one of the few locations where the mysterious aye-aye can be seen.

One of our clients, Ms S J-M, travelled to Madagascar in October 2019 and wrote the following feedback:

“I…wanted to say that for us the highlight was the Kianjavato Project day. We thought it was an incredibly worthwhile project and the staff were fantastic. Seeing two aye-aye was just magical and a real bonus…” 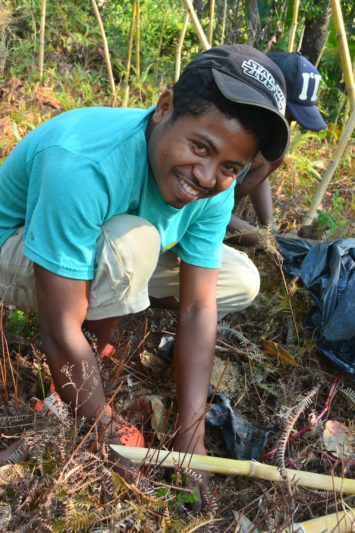 The Madagascar Biodiversity Partnership applies research, education and conservation in its efforts to create a sustainable future. MBP is providing a sustainable conservation solution for some of Madagascar’s most threatened species while at the same time providing the community with the opportunity to improve their livelihoods.

How They Do It

Research: MBP has conducted field research at over 120 sites throughout the island as well as collected thousands of biological samples, monitored numerous Malagasy species, and generated data which has been incorporated into the production of over 200 scientific publications. The research has additionally led to the discovery of 24 new lemur species.

Education: MBP provides educational opportunities that directly involve the locals in the process of conservation and encourage them to be advocates for their natural environment. 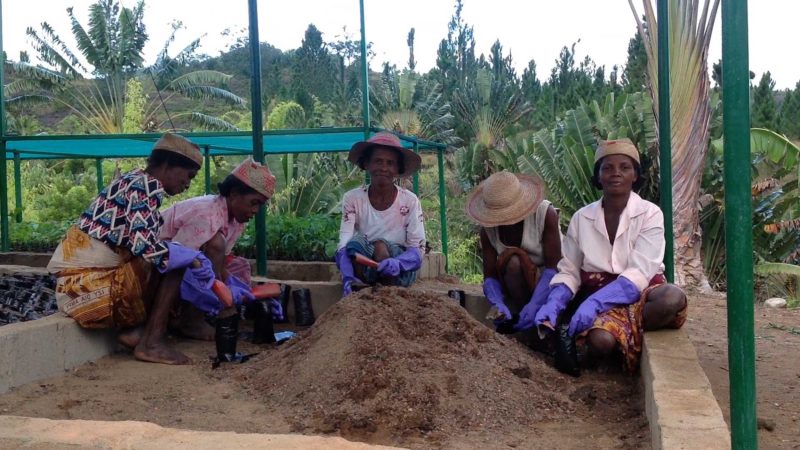 Graduate Programmes: MBP has empowered multiple Malagasy and international students to complete their graduate or veterinary degrees. Under MBP’s guidance these students generate data, analyse and interpret results and write papers which are published in scientific journals. The ultimate goal is for these students to become future leaders and teachers throughout the world and pass on the value of conservation to the next generation.

Elementary Programmes: Engaging children in conservation instils a passion for protecting their natural environment for future generations. In collaboration with their partners at Conservation Fusion, Inc., (an international non-profit organisation) MPB is bringing conservation education directly into Madagascar’s schools.

Community-based Conservation: Nature and people are facing the same overlapping challenges and fighting for the same resources to survive. By directly working with the community, MBP is providing them with the tools and opportunities they need to better their livelihoods without affecting their environment. Restoring this relationship, between the people and nature helps build a sustainable community. 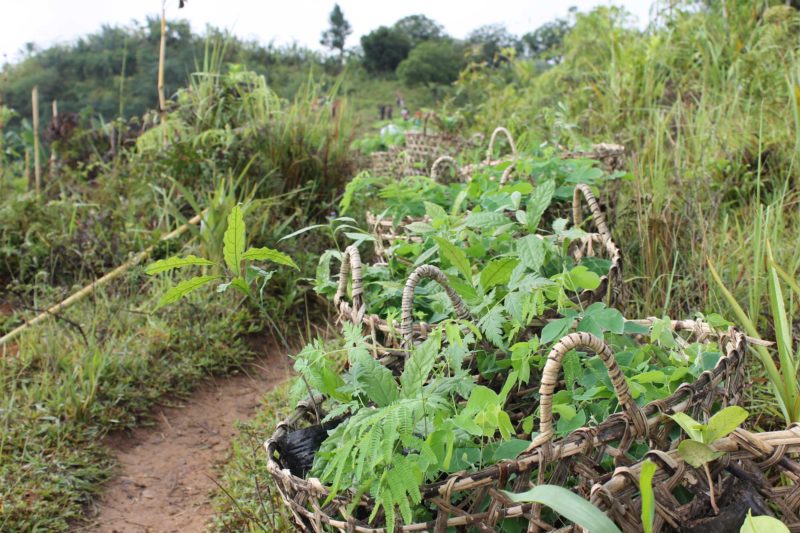 In addition to its important research and educational work, MBP also plants millions of native tree species in an attempt to reverse the decline in rainforest acreage in the east of Madagascar. This practical work is of the utmost importance and will help conserve the endangered endemic species which inhabit these rich rainforests. 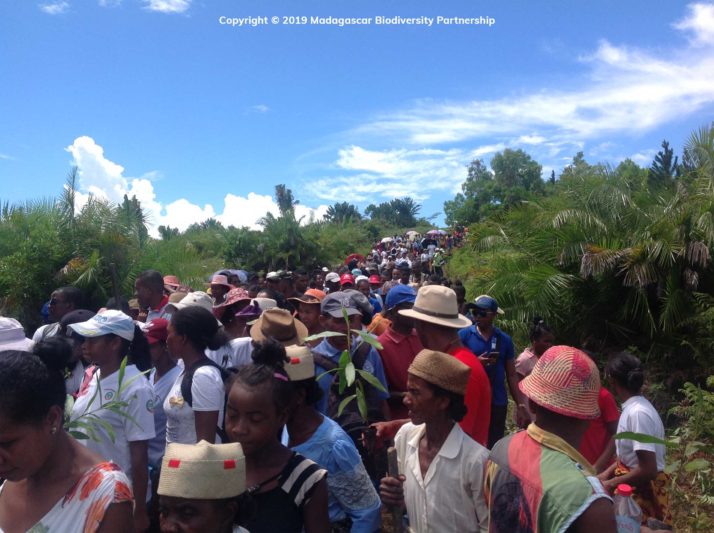 “I have confirmed the planting event information and here are some metrics so far in 2019.

As we complete the potential capacity of each of the 20 nurseries distributed in the Kianjavato reserve, we are increasing the number of trees planted. We are working towards a yearly planting pace of over one million trees planted per year. Since it took us five years to plant the first million and one year and eight months to plant the second million, we are on pace now to plant the third million within one year to one year and four months. I am hoping to make the third million goal as close to one year as possible which will be on September 1st. We will update if you like on our progress.” 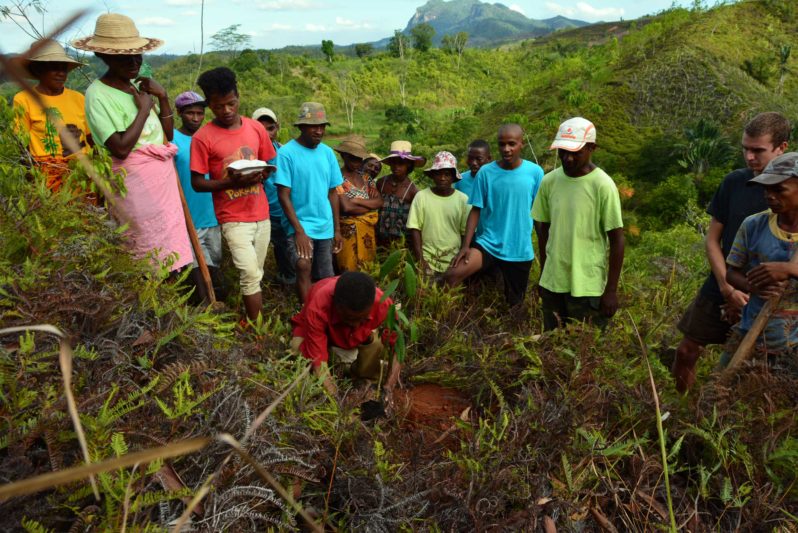 Calculating a price for planting a tree is a difficult process as MBP have to account for every aspect of the programme which generates that tree.

With all of the salaries, equipment and material involved, it is almost impossible to calculate the cost of one tree, especially as the MBP reforestation program has grown from planting only 45,000 seedlings in 2012 to 732,000 seedlings in 2018. MBP is beginning to sell some of the seedlings to other organisations for their own environmental programmes, but it is just starting to get organised as far as price per seedling is concerned. 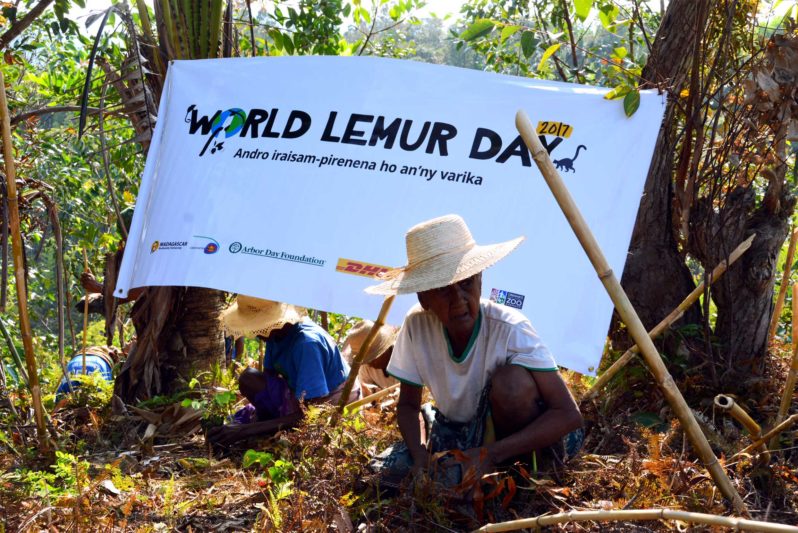 How You Can Help With Carbon Offsetting

MBP suggests that they can plant 100 endemic rainforest tree species at a base cost of 100,000 Ariary, which is around £20. Reef & Rainforest encourages each client to help offset the carbon created in flying to their destinations by contributing at least £20 ($25) per person to MBP to help them continue their sterling work in rearing vast numbers of rainforest trees, which sequester and store massive amounts of carbon as well as provide habitat for the unique, endemic species which still live in the fast-vanishing rainforests of Madagascar.

TO DONATE: Please click on this link https://donate.omahazoofoundation.org/ give which will take you to the website for the Omaha Zoo, who founded the MBP project. Click on DESIGNATION for a drop down menu, and again on MADAGASCAR BIODIVERSITY PROJECT and follow on from that with card details. Thank you so much for your help in this excellent cause.