Found in the north of Ethiopia, the Simien Mountains form a rugged range created by volcanic eruptions 20 million years ago and reaching altitudes of over 4,000 metres. Since then they have been transformed by erosion and 2,000 years of agriculture to arrive at their present day appearance. The mountains were designated a National Park in 1969 to preserve a series of spectacular escarpments, sheer cliffs, deep gorges and grassy ridges and plateaus which support some of Ethiopia’s best Afro-montane flora and fauna communities.

The Simien’s most famous resident is the gelada baboon, one of the most expressive and charismatic primates in Africa. Oddly, it grazes the grassy mountain tops in herds up to 200 strong. The endemic Walia ibex is another denizen of these highlands, as are the leopard and the highly endangered Ethiopian wolf. Birdlife is hard to miss in the Simien Mountains, with birds of prey particularly well represented and the aptly named thick-billed raven another highlight. The majestic mountains are hugely popular for hikers and there are some sensational ridge-top walks, waterfalls and stunning panoramas to enjoy. 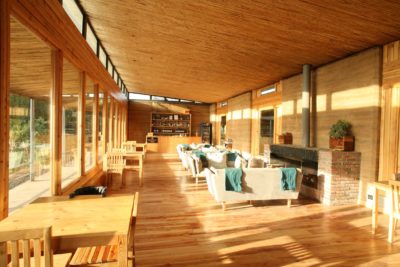 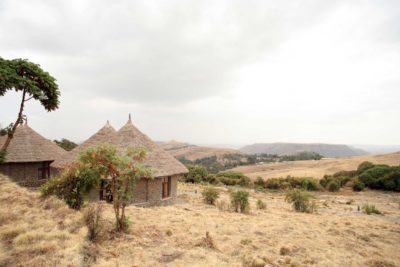 Ethiopia Northern Ethiopia Amhara and Tigray
The highest lodge in Africa, situated at 3260 m above sea level close to the Sim...
View Accommodation
This site uses cookies: Find out more.