Bordering Uganda to the north and the Democratic Republic of Congo to the west, the 13,000 hectare Volcanoes National Park is the centre of one of the world’s greatest wildlife highlights. Made famous by Dian Fossey, the habituated mountain gorillas enthral visitors with their gentle power, intelligence and playful antics. The gorilla trekking operation is extremely well organised and the resultant income, together with the twenty-four hour protection this affords, has undoubtedly helped keep these awesome yet endearing apes from extinction. The park is in an area of outstanding beauty with its skyline of volcanic cones ringed by forests giving way to fertile farming terraces. In addition to gorillas, there is plenty here to enthral the wildlife enthusiast including habituated golden monkeys, elephants, buffalos and around 180 species of bird including 13 endemic species. 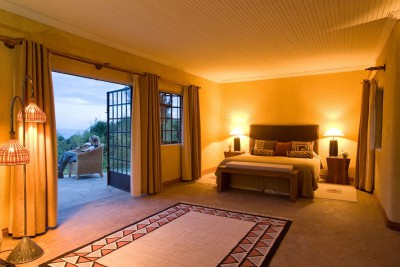 Rwanda Northern Rwanda
Lavish lodge in the foothills of the Virunga Mountains with outstanding views to...
View Accommodation 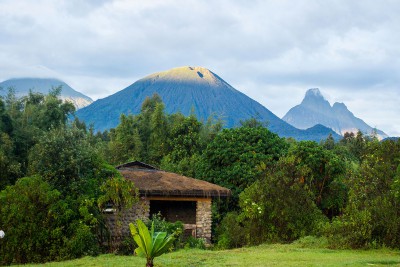 Rwanda Northern Rwanda
Sits in a clearing with impressive views towards the high peaks of the Virunga M...
View Accommodation
This site uses cookies: Find out more.