Trip Report: The Pumas of Patagonia

Trip Report: The Pumas of Patagonia

Tour consultant Ian Loyd has had a lifelong passion for big cats and recently joined one of our group trips to Chile on a quest to find the second largest cat in the New World.

There must be something particularly special about big cats. For so many people they are the animals they most want to see when on a safari or travelling to an exotic country for wildlife. They captivate us with their strength, agility, beauty, secretiveness and power as apex predators. For me they also represent the wilderness as in today’s modern world, most big cat species can now only thrive in areas of great space for nature. 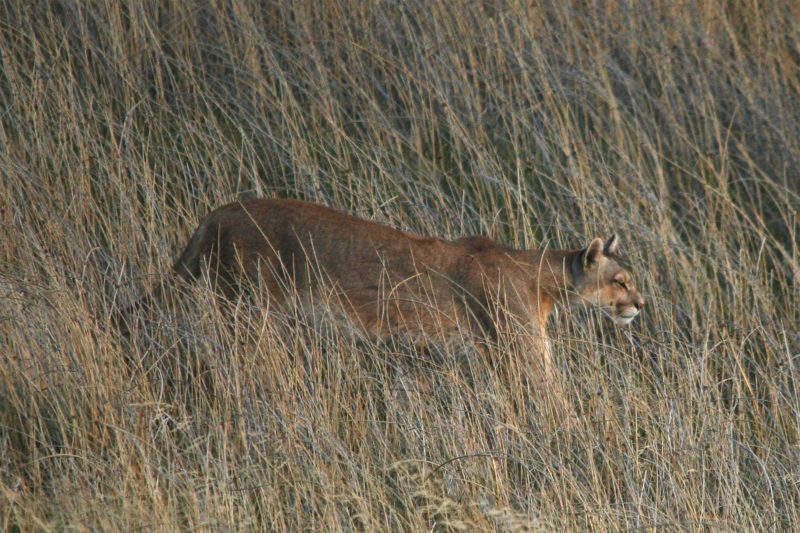 This was my first trip to Chile and it took almost two days of travelling from the UK to reach Punta Arenas, our gateway into the wilds of Patagonia. Before we set off on our puma quest though we first explored some more of Patagonia and crossed the Straits of Magellan to the land of Fire; Tierra Del Fuego Island.

The ferry crossing to the town of Porvenir from Punta Arenas can itself be a rewarding wildlife experience. Flocks of black-browed albatross, South American terns, southern fulmars and giant petrels were an almost constant sight and there is always also the chance of an appearance from pods of Peale’s or Commerson’s dolphins. 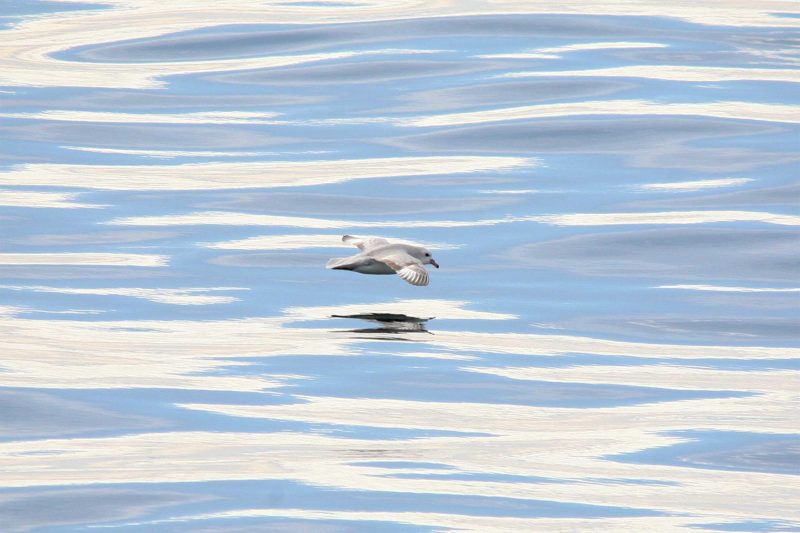 Tierra del Fuego is home to some very special birdlife including the confusingly named Magellanic plover, which is actually not a plover at all and the one and only member of its family; Pluvianellidae. The highlight however is the increasing colony of wonderful king penguins at Bahia Inutil (Useless Bay). 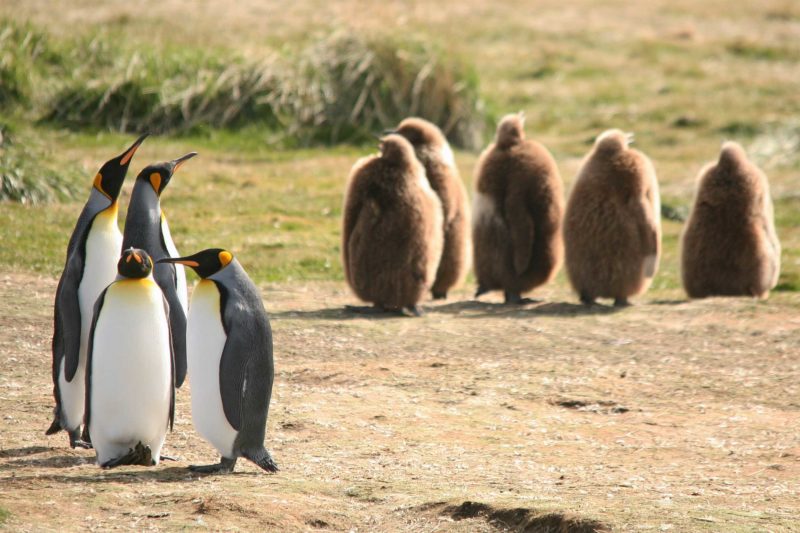 On another day we also visited the uninhabited Isla Magdalena and nearby Isla Marta which are both now protected as a National Monument for their important breeding populations of Magellanic penguins, other seabirds and South American sealions (Isla Marta). Landing on Isla Magdalena is a very special experience as you feel you are immersed within a seabird city. The island is the most important breeding site for Magellanic penguins in Chile and it is estimated that around 60,000 pairs of the penguins breed. Here the penguins have right of way on the paths. 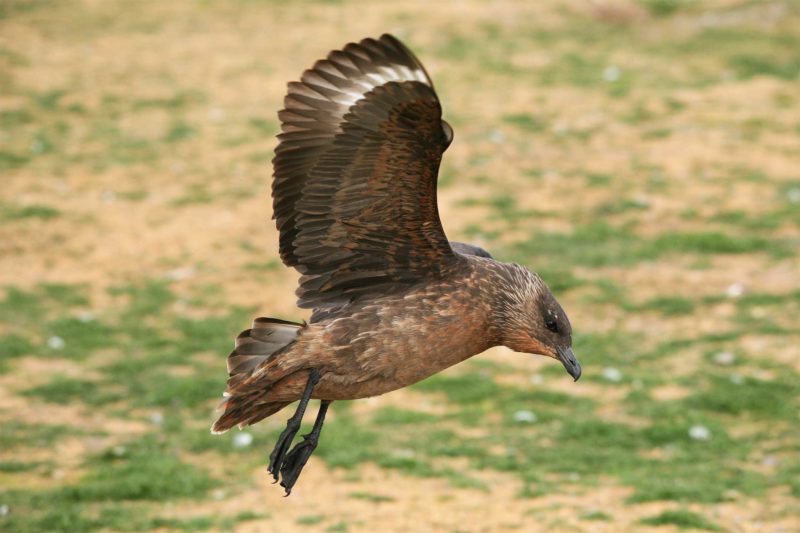 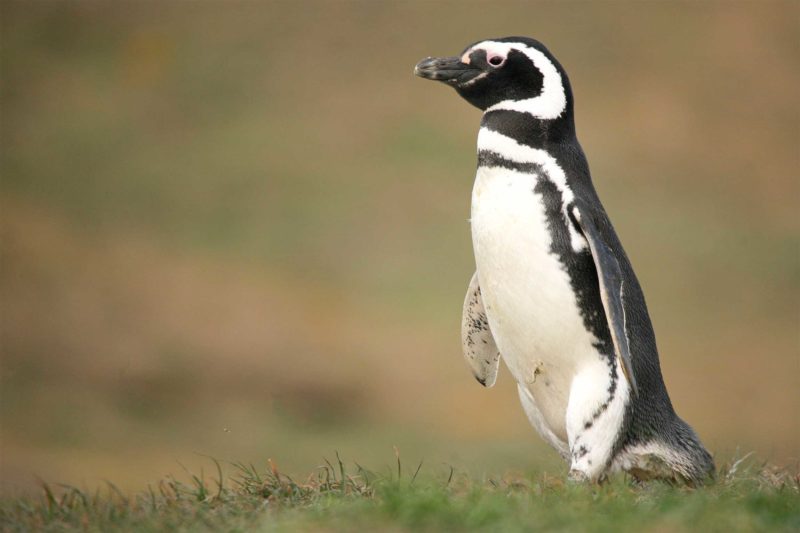 It was then time to head north on a journey of around 4 hours to the celebrated Torres del Paine National Park. This iconic National Park is famed for its striking peaks, glacial lakes and dramatic granite towers. Its rugged scenery has helped it be named as one of the most beautiful places on earth by National Geographic. So it’s a great bonus that it is also the best place in the world to find pumas. 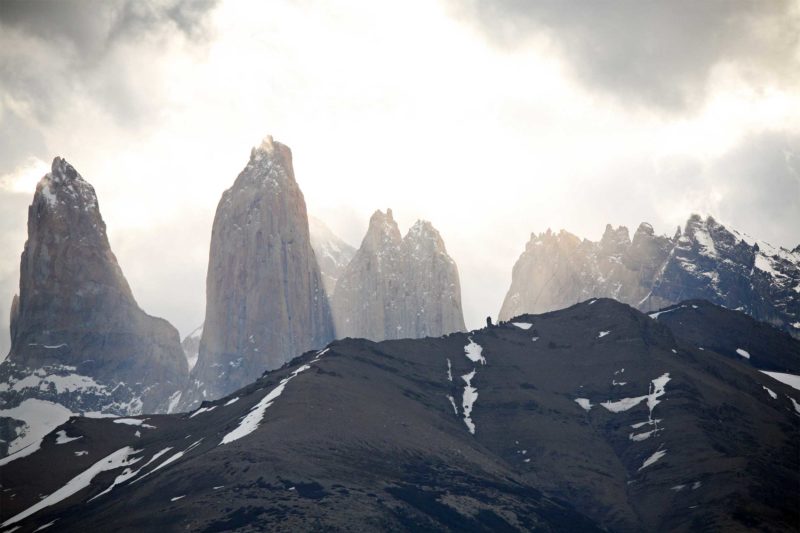 Due to a lack of persecution within the park and excellent prey availability in the form of large herds of guanaco (the wild ancestor of the llama) and introduced European hares, pumas thrive here and occur at particularly high densities. There are thought to be at least 60 individuals living in and along the border of Torres del Paine National Park.

Despite the numbers of pumas, actually seeing these elusive and well camouflaged cats is no easy matter, without the help of a local guide. The knowledge, experience and guidance of our exceptional Chilean guide Roberto was the key to us finding so many pumas during our time here. We concentrated our search within the eastern side of the park, particularly around the Lago Armaga and Lago Sarmiento areas which support large herds of guanaco and many puma territories known to Roberto. 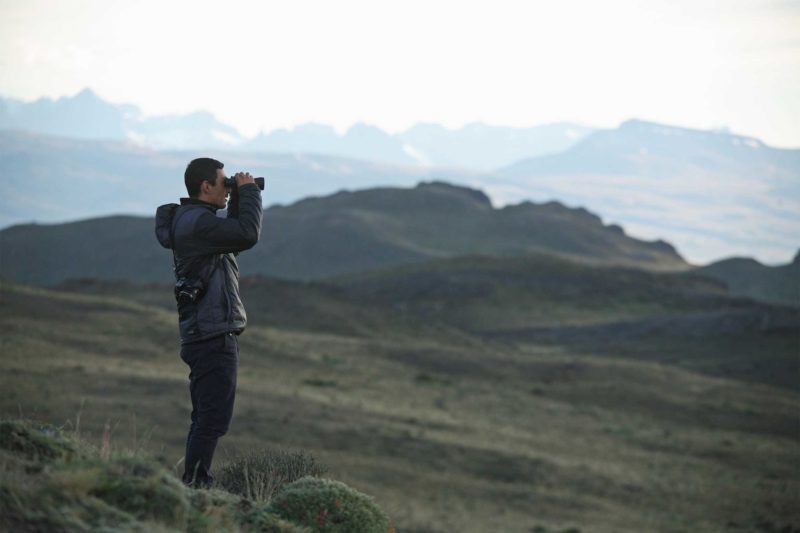 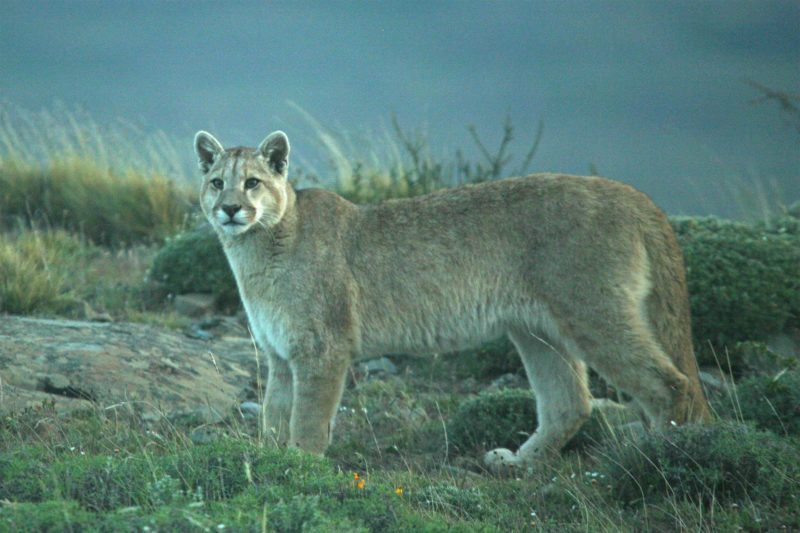 What makes a puma watching trip so exciting and different to most other big cat watching is the opportunity to view the cats on foot on nearby private land (outside of the park) and also occasionally from the quieter park trails. Walking away from the designated park trails is no longer allowed within Torres Del Paine National Park, but it is still possible to encounter pumas from the park roads and trails and also on neighboring private land with special permission.

Like most wildlife, puma watching involves very early starts and late finishes and can involve some strenuous walking particularly if on private land, but it can also be achieved by vehicle for those less mobile. The best way to locate pumas is to watch the guanaco, looking for any behavior from them that might reveal a puma, such as alarm calls and consistent staring in one direction from prominent positions.Incredibly during each of our eight excursions in search of pumas we were successful, seeing an exceptional 15 different individuals and a wide range of behaviors from hunting and feeding to a pair in courtship. 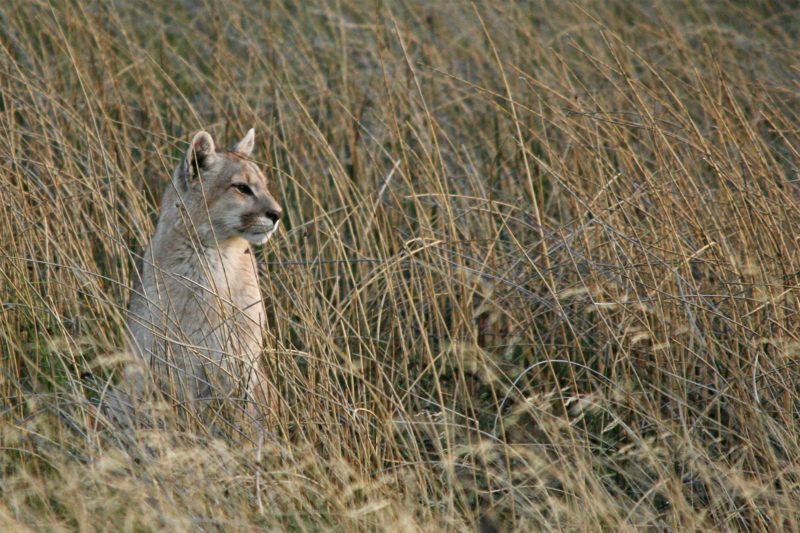 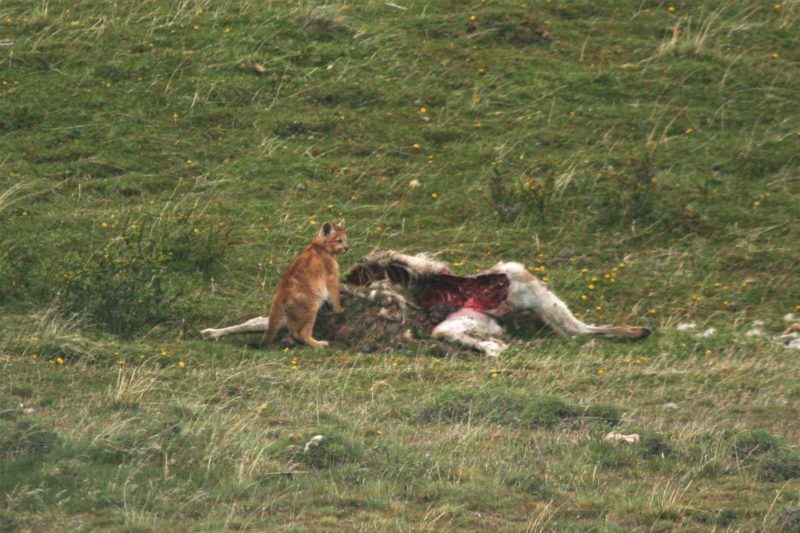 (A much younger puma cub born this year, feeding on a gauanco kill – Ian Loyd)

We also encountered a good range of other wildlife including both chilla (South American grey) and culpeo (Andean red) foxes, Humboldt’s hog-nosed skunk, magnificent Andean condors and black-chested buzzard eagles, colourful Chilean flamingoes, elegant great, silvery and white-tufted grebes, vocal Austral parakeets and many stunning ducks including the beautiful torrent duck. Although the weather can change in an instant in this part of the world, if you are looking for an intimate and exhilarating big cat experience, then the pumas of Patagonia are a hard one to beat. 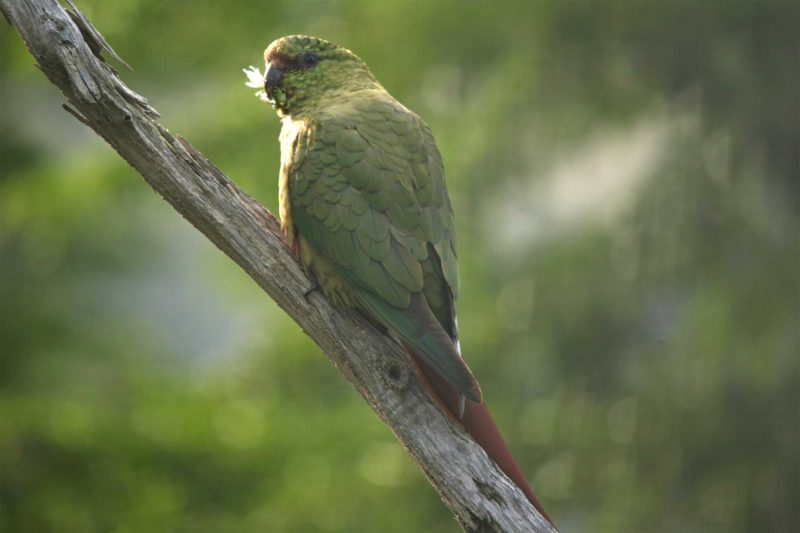 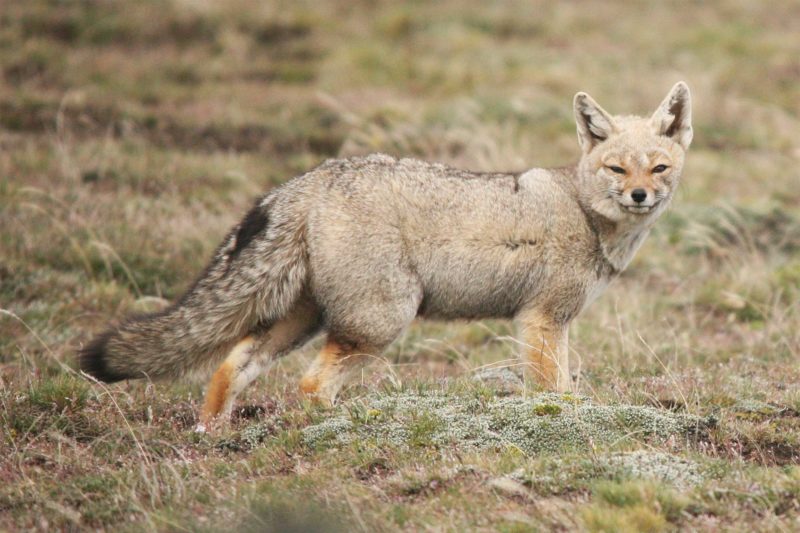 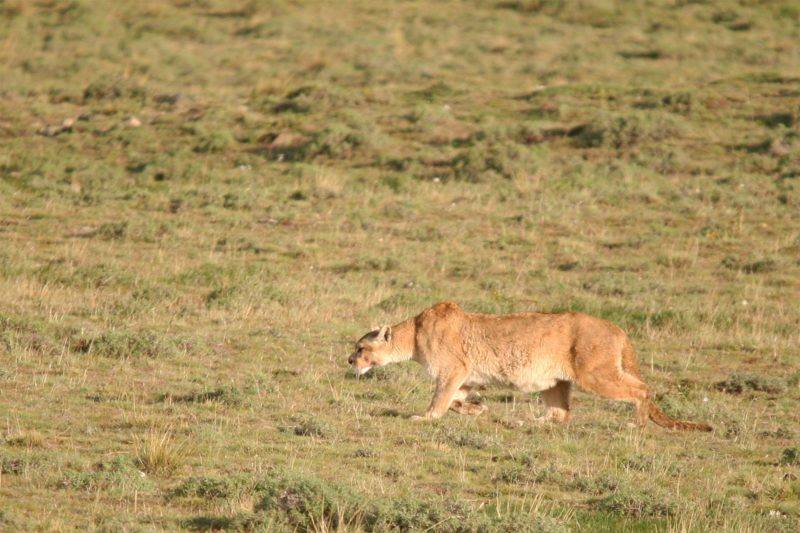