The archipelago of Tierra del Fuego is found off the southernmost tip of South America. The Land of Fire is so-called because the first European visitors saw that the indigenous people lit fires on their boats to keep warm. The main island, Isla Grande de Tierra del Fuego, is divided between Chile and Argentina and separated from the continent by the Strait of Magellan. The rugged natural beauty of Isla Grande encapsulates the different Patagonian ecosystems in a single island: South Atlantic coast, bush steppe, Andes mountains surrounded by glaciers, and deep southern beech forests. Along the legendary Beagle Channel  (explored by Charles Darwin in the 1830s and named after his ship) varied wildlife can be seen including sea lions and extensive colonies of cormorants and penguins, including the only continental American breeding colony of the king penguin, the second largest species. That colony can be found in the private Parque Pinguino Rey on the edge of Useless Bay in western Tierra del Fuego.

There are a number of settlements on Tierra del Fuego, with the largest, Puerto Williams, on Isla Navarino vying for the title of “southernmost city in the world” with Argentina’s Ushuaia, which is actually the region’s largest city. 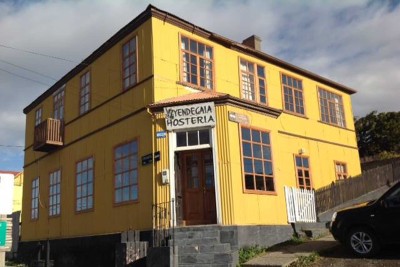