Spotlight on the Masoala National Park

An in depth look at Madagascar's largest area of rainforest. 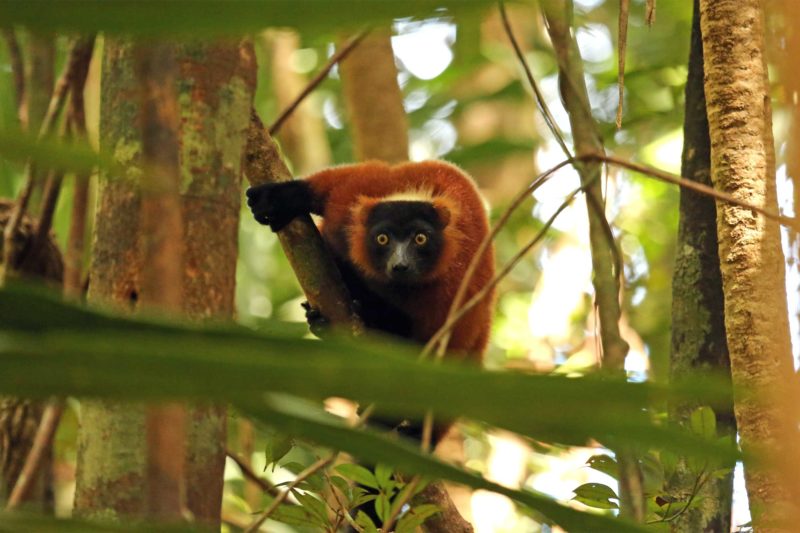 When you picture Madagascar, it might be a lush evergreen rainforest with giant buttress roots, towering tree ferns and howling lemurs echoing through the thick tropical forests that comes to mind. The Masoala Peninsula on Madagascar’s remote north east coast couldn’t be a better example of this vision. This wild and little visited region still holds the largest continuous block of primary (old growth) lowland rainforest left on this fragile island. 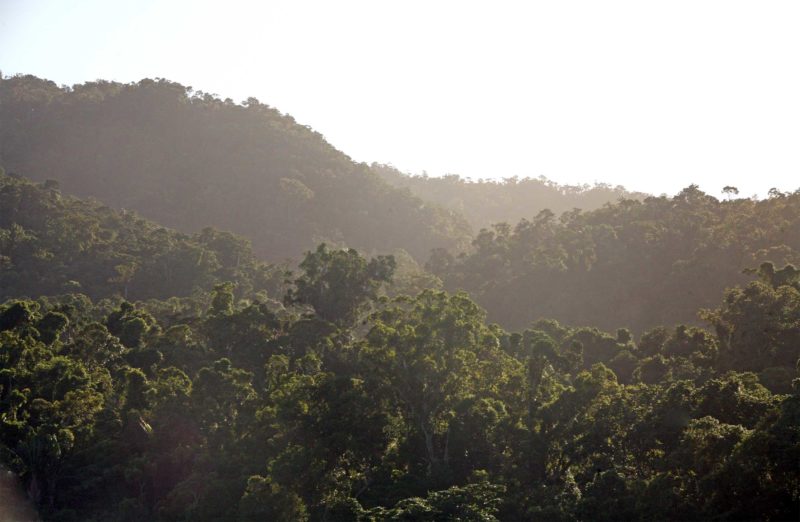 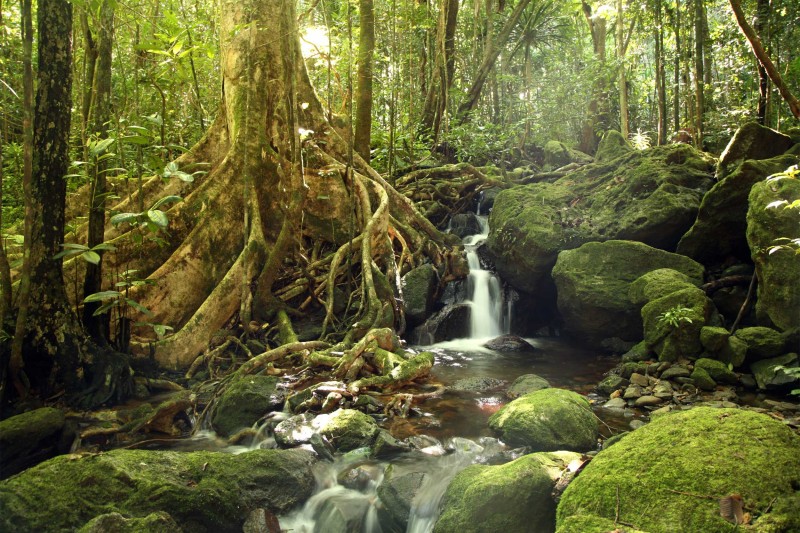 With more and more of Madagascar’s rainforests becoming squeezed and now suffering from increased visitor numbers, the remote Masoala region offers a welcome relief and the National Park was awarded World Heritage Site status in 2007.

This area of forest is of particular interest to wildlife enthusiasts due to its vast size and range of smaller habitats. Masoala supports Madagascar’s greatest biodiversity with species new to science still being discovered here most years. Much of the fauna and flora is also highly localised and found nowhere else in Madagascar.

This region is relatively more challenging than others to access though and is only serviced by one high quality lodge, a factor which contributes to keeping visitor numbers low. 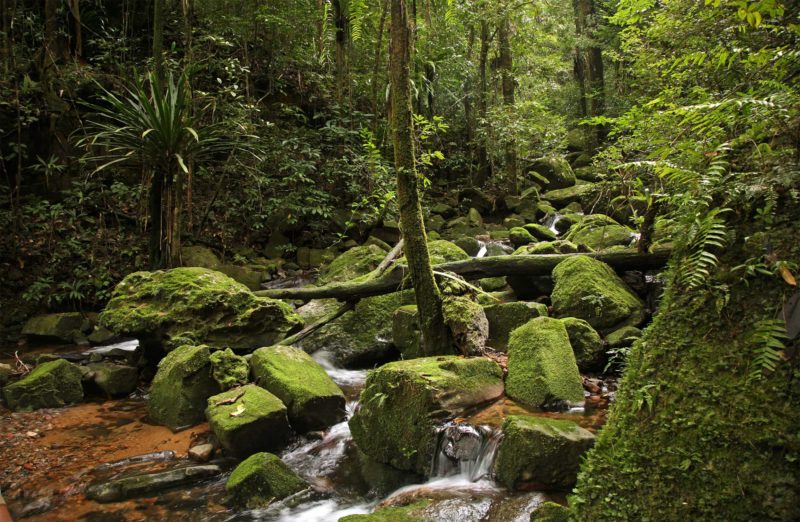 The lucky few visitors that do venture here though are in for a treat in the form of an unforgettable nature experience that showcases the very best of Madagascar. While exploring the wildlife filled rainforests, peaceful mangroves and pristine beaches of the Masoala National Park you are unlikely to see another person besides the odd local villager growing vanilla or a fisherman sailing by in a dugout canoe. 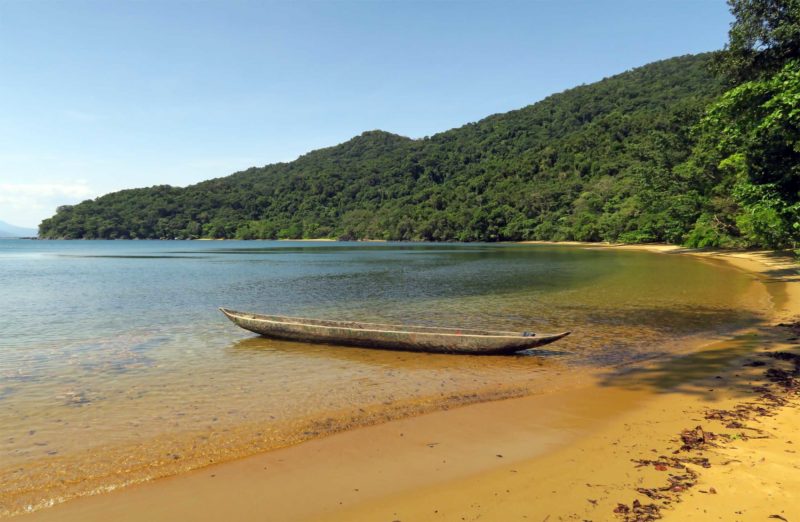 Masoala’s biodiversity is staggering, it has been said that maybe as much as 2% of all the plant and animal species on the planet live on the peninsula. At least half of all the plants, birds, mammals, reptiles and frogs found on Madagascar have been recorded on this special Peninsula too. Among this plethora of species, stand out species include the spectacular helmet vanga and one of the most striking and charismatic of all the lemurs, the red ruffed lemur. These large, agile lemurs can be relatively straightforward to find due to their loud raucous calls resonating through the forest. The lemurs are most vocal between September and December though and are a little less conspicuous during May, June, July and August. 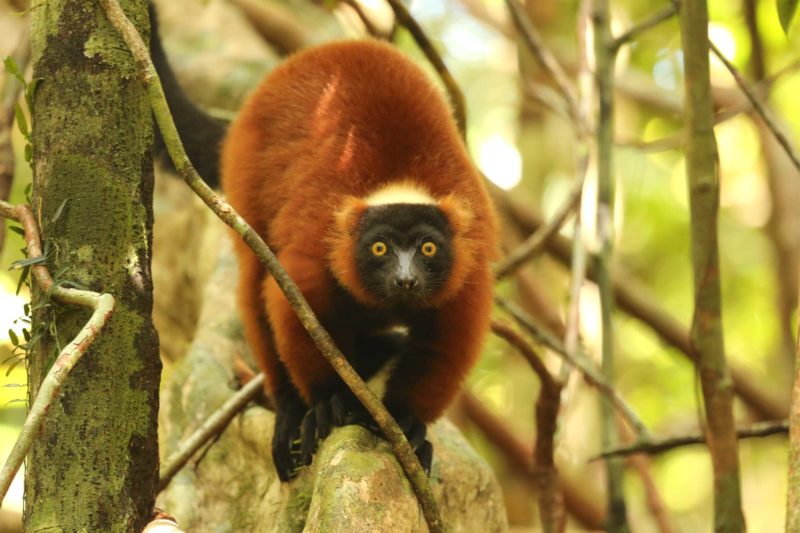 The helmet vanga has to be one of the most exotic looking and sought-after birds in Madagascar and the humid lowland and coastal forests of Masoala are their stronghold. Seeing this wonderful bird can be a little more difficult than the lemurs though and requires the invaluable knowledge of a local guide. September, October and November see helmet vangas on their breeding territories making them easier to locate in key spots, but during May, June, July and August they can also be conspicuous and more widespread as they travel in mixed species feeding flocks with other vangas. 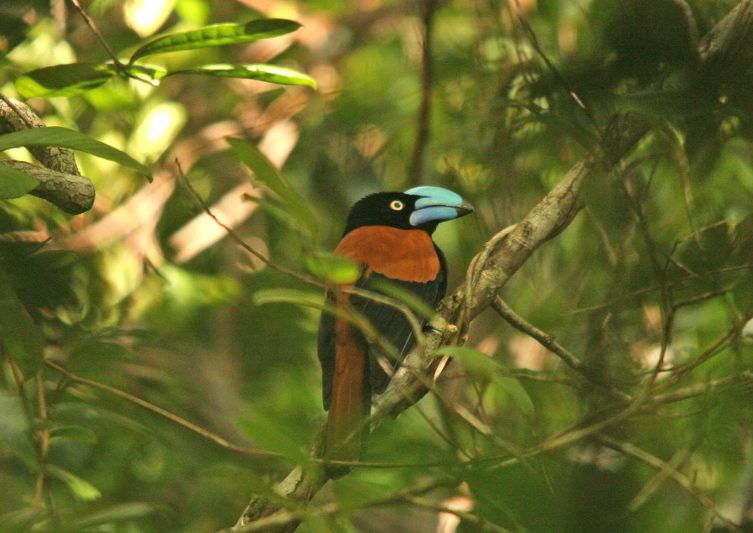 Firstly, it is important to note that Masoala is the wettest of all the rainforests in Madagascar and receives an average annual rainfall between 2,200mm and 7,000mm. Showers can occur throughout the year, but generally speaking the driest months are September through to December with November and December actually having the most sunshine. These two months are the start of the wet and warm summer season for the rest of Madagascar, but this is an excellent time for wildlife activity and to visit the country. 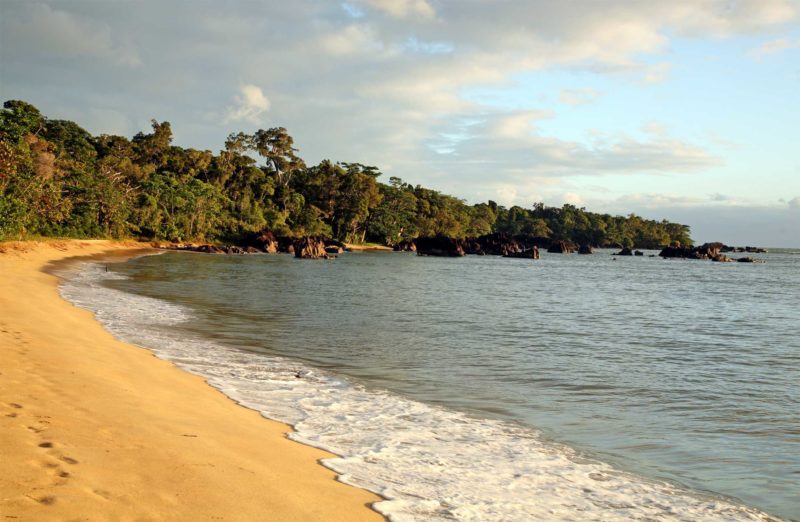 The winter months of May, June, July and August offer mixed flocks of vangas feeding in the forest and plenty of wildlife viewing, but the red ruffed lemurs can be quieter at this time and species such as tenrecs, dwarf lemurs and some frogs will be hibernating, due to a lack of food. From the middle half of July to the middle of September humpback whales can also be seen in the Antongil Bay that borders Masoala as they come here to give birth in the sheltered waters. Masoala is famous for its frogs and December is the best month to visit, but Masoala has something to offer in all seasons. 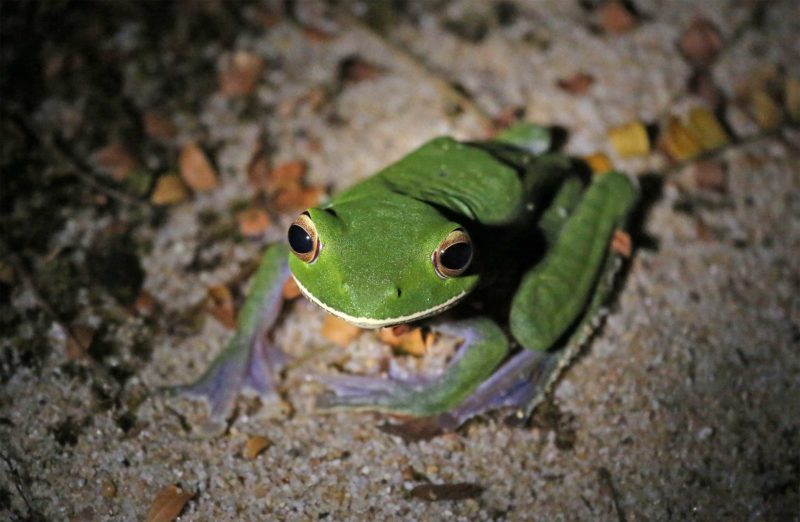 It is worth being aware that the Masoala National Park which consists of mostly pristine forest, has very steep trails, many of which also cross shallow streams. 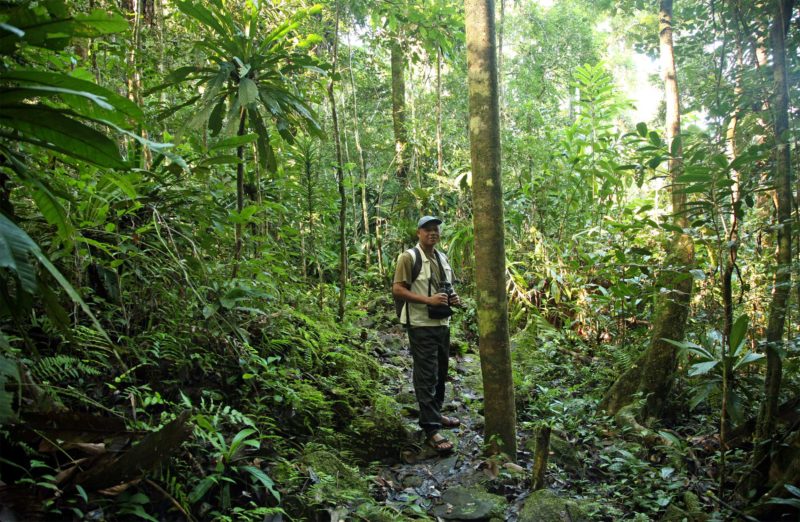 This special corner of Madagascar is not easy to get to. Flights with the domestic airline, Tsaradia only operate from Antananarivo to Maroantsetra and back twice a week and are prone to delays and schedule changes. The wonderful Masoala Forest Lodge operate a reliable scheduled charter service on Wednesdays and Sundays. Maroantsetra is the gateway to Masoala and it is a 2-3-hour boat journey from the town to the edge of Masoala National Park.

The Masoala Forest Lodge operates its own scheduled charter flights to and from Antananarivo on Wednesdays and Sundays which works well for avoiding any possible schedule changes. 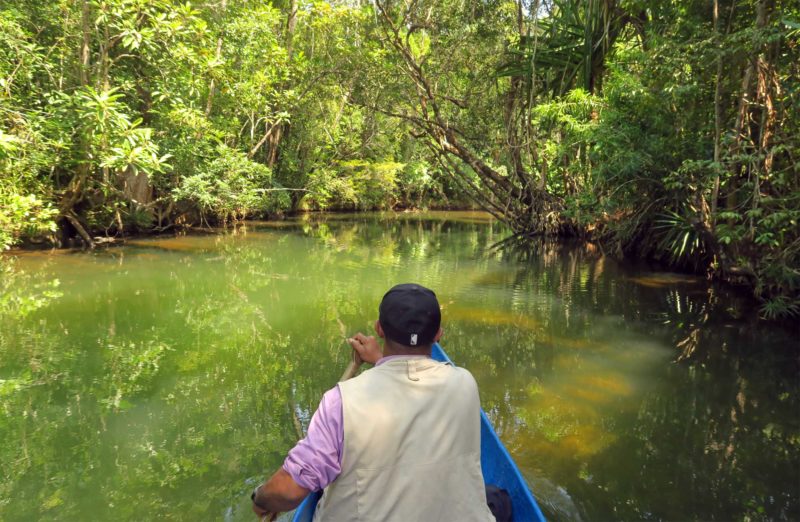 There are just a handful of very basic lodges on the peninsula itself such as AROL Lodge and Tampolo Lodge, but only one high comfort option which is the magical Masoala Forest Lodge.

This beautifully designed and family owned and run lodge offers a very comfortable and rustic luxury stay in a very wild and remote setting. The core rooms are safari-style canvas and mesh tents which keep out insects, set on raised platforms with tall, pitched palm-thatched roofs allowing for greater air flow. The structures are based on the local Betsimisiraka tribe’s traditional building methods and materials, and members of the tribe were employed in the construction and furniture making.

Meals are freshly prepared and delicious using local produce where possible and the service is friendly, intimate and efficient with outstanding guides that are expert at finding the wildlife.

This lodge also provides kayaks to explore the coastal ecosystem with and is unique in having its own 10-hectare private nature reserve in which it is possible to take night walks. It is not allowed to enter National Parks in Madagascar after dark without special permission so the option to explore the private forest here presents a superb opportunity to discover the fascinating nocturnal life of this region. Nocturnal lemurs including the Masoala sportive, woolly and mouse lemurs, tenrecs and cryptic leaf-tailed geckos are a highlight of these walks. 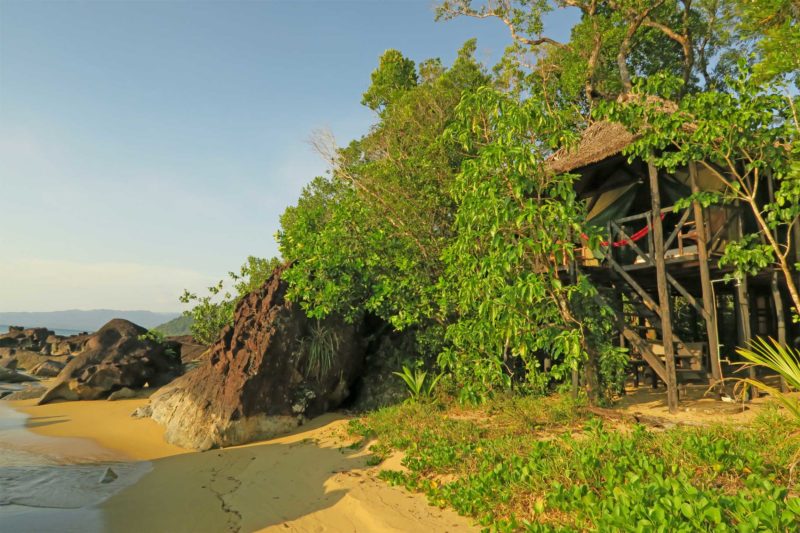 Area Specialist
If you have any queries about our tours to Madagascar, Northern Madagascar, please feel free to call us directly on +44 (0)1803 866965 or...
Contact Us
This site uses cookies: Find out more.